In the beginning of June we told you guys about a hack for the Apple TV that allowed you to install Plex without even Jailbreaking called PlexConnect. It had compatibility with both the 2nd generation Apple TV and 3rd generation Apple TV running any of the 5.x firmwares (5.0-5.2.1).

Installing PlexConnect was simple as well all you did was “run a program on your computer which masquerades as the Trailer app. Next, change one setting on the ATV, and you’re up and running.”

With PlexConnect installed on your Apple TV you you could stream your Mac’s entire video or media library to your Apple TV just by navigating with the remote (no AirPlay required). 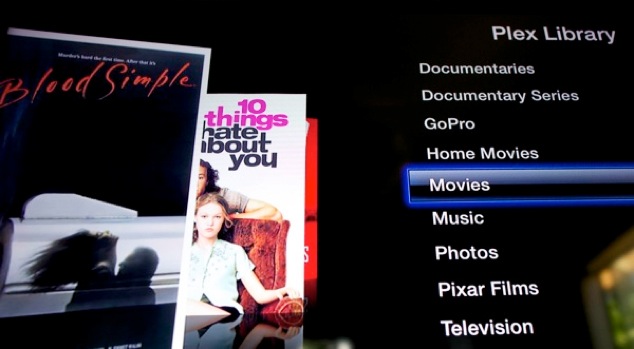 The reason why you can even install Plex on your Apple TV without Jailbreaking was because there was a flaw in the trailers app where video content was streamed over HTTP, not HTTPS. In the latest Apple TV firmware update though Apple switched to using HTTPS.

If you updated your Apple TV not thinking about the possibility that Apple would patch the hack though, you can actually re-install it, but it isn’t as straightforward as last time. You will be required to connect your Apple TV to your computer to set it up, but it isn’t too difficult.

Click here to follow the official guide. Let us know if it worked for you in the comments section below.