I am sure you could have expected this article to come at some point after the release of iOS 6.1.3. ZDNet has reported that the iOS 6.1.3 firmware has troubles with battery life (doesn’t every firmware version?). If you browse Apple’s technical support forums and Twitter, however, you will indeed find that many people have reported battery woes on iOS 6.1.3.

One user by the name of Timurjonchik on the Apple support forums wrote “Last night I updated my iPhone 4S to iOS 6.1.3 and now it drains my battery in extremely fast manner. As I started signing in to write this question from my iPhone I already lost 13 percent of my battery. I never had a problem with a battery and I’ve been using iPhones since the first one.” 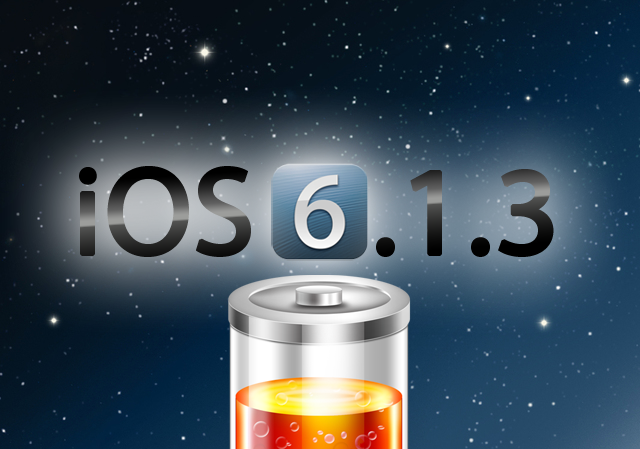 As mentioned previously,  Timurjonchik is not alone. There are a lot of other individuals who have given similar stories. We have written reports on battery troubles on a lot of different firmware versions, and in my opinion, it doesn’t come down to an issue with the software itself, but rather the installation and which features are enabled on the iOS device.

Although you have probably heard this often, a great way to solve battery issues is to do a fresh restore and pay attention to which features are enabled. If you aren’t using Wi-Fi disable it; if you aren’t using Bluetooth disable it; you get the picture. Perhaps one of the biggest culprits behind battery issues, however, is LTE. If you don’t live in an area with good LTE coverage and you have an iPhone 5, disable it. You will end up saving a lot of battery life and your connection will actually be more stable.

What do you think? Does iOS 6.1.3 have battery issues, or is it just due to user error? Let us know in the comments section.