Along with any new Mac OS X refresh comes a new iconic wallpaper along with it. In the case of OS X 10 Mavericks it was a beautiful image of a wave, and if you would like to get the image for your Mac right now without running the developer preview then you will be glad to know Apple has made it available to download. 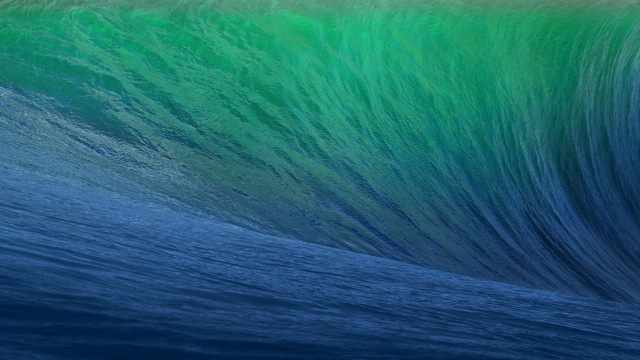 As Gizmodo points out “When Apple makes a product “retina”, it simply doubles the resolution and shrinks it down to fit the screen size, and scales the OS to match. It’s an elegant solution to making high res displays usable.” Could the fact that Apple is offering the OS X 10 Mavericks wallpaper a double the resolution of the current 27″ iMac mean than Retina iMacs are coming later this year?

Although it could indeed be hinting towards this, you have to keep in mind that when Apple gave a preview of the Mac Pro, it stated it would support 4k displays. With this announced support thought it would make sense that Apple would actually want to supply such hardware as well.

Regardless, you can download the massive 5160 x 2880 Mavericks wallpaper directly from Apple by clicking here.