Apple has released the very first update for the Apple Watch operating system. Watch OS 1.0.1 update has landed and it brings several improvements to the smartwatch. 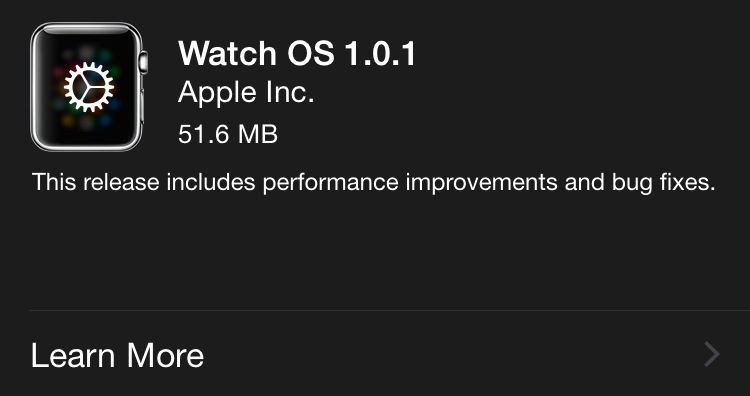 In the release notes, Apple says that additional language support has been added for Brazilian, Portuguese, Danish, Dutch, Swedish, Russian, Thai and Turkish.

The update also fixes and brings several new improvements to the Apple Watch. Many users reported issues with the Watch not responding to ‘Hey Siri’ most of the time. This should now be fixed/improved in Watch OS 1.0.1.

Here’s all the features that have received improvements in the new update:

When updating, make sure your Apple Watch has more than 50 percent of charge and that it’s connected to your iPhone.

Let us know if the update improvement Siri and other aspects of the Apple Watch for you.