With Google Glass being released to developers only days ago, it was only a matter of time before someone rooted it. I bet you wouldn’t have guessed it would have been Jay Freeman, otherwise known as Saurik however. Speaking to Forbes, Freeman said “It took me two hours while I was having dinner with friends at the time.”

Apparently he used an already known exploit discovered by a hacker who goes by the alias of B1nary for Android on Glass and had success. He then tweeted a picture of Glass being Jailbroken/Rooted for the world to see.

Right now Glass runs Android 4.0.4 and now that Freeman has root access he can remove any restrictions Google might place on Glass. Right now though, it is not clear what these restrictions might be in the consumer versions of the device. 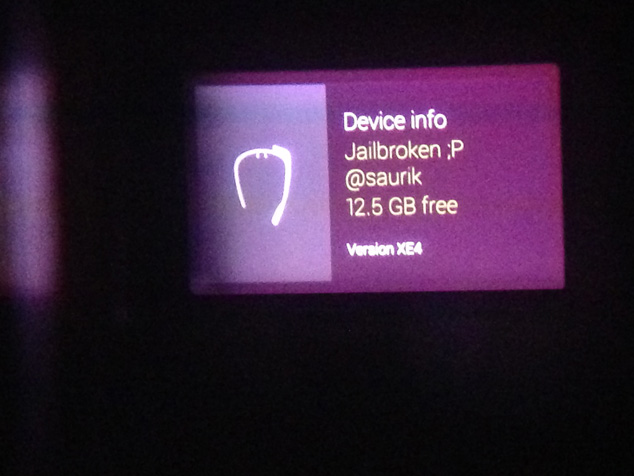 Freeman has said himself that he’s not exactly sure yet what gaining root access to Glass might make possible. But he speculates that jailbreaking Glass could make it possible to store data locally on the device or on Bluetooth-linked phone, rather than upload it automatically to Google’s servers, a measure that some privacy-conscious users may appreciate. Another possible function of rooting Glass may be the ability to cut off Google’s power to remotely “brick” the device. This actually happened to someone who managed to get Glass and tried to auction it on eBay.

Liam McLoughlin was actually the first to gain root access on Glass a day before Freeman and it is not clear whether either of their exploits will work on the consumer version of Glass. As Forbes states, however, “unlike Apple, however, Google has long taken a friendly approach to those who hack its mobile devices, even allowing users and OEMs to root its devices with sanctioned methods.”

Even if Google does impose restrictions though, they will always be a step behind hackers who want to crack it.