If you’re on a device that isn’t jailbroken, you might be interested in Weblin. Weblin is an alternative package manager to both Cydia and the iTunes App Store. Weblin works a little differently than Cydia; instead of downloading a package manager, you download a plugin through Safari, and then you can download applications through the browser. While Weblin’s current app selections are… underwhelming at best, Makerszsupport announced that they would be adding APT support to Weblin, potentially opening up access to some Cydia apps for non-jailbroken devices. 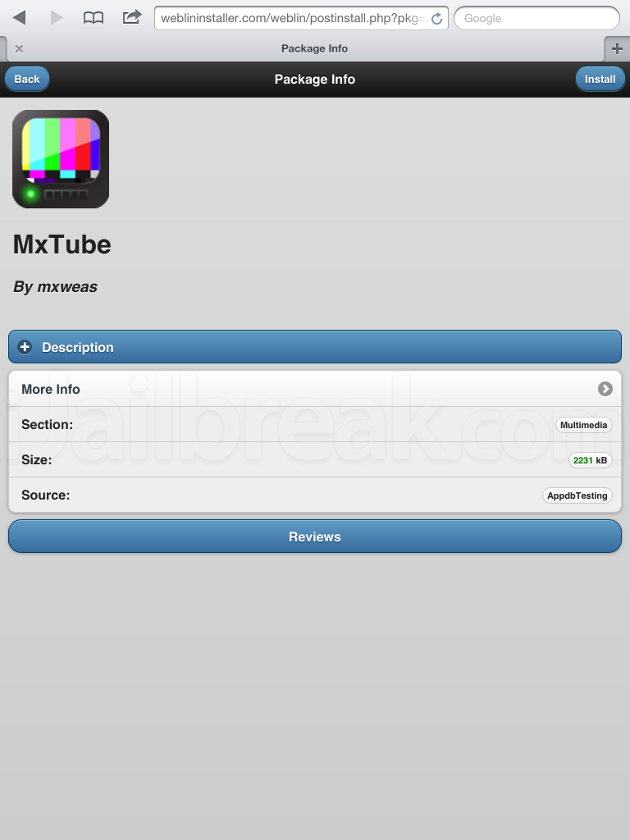 As I said, the selection in Weblin is currently lacking. At the time of writing there’s 26 packages in the default repository, and only about a third of them might be considered useful. Want to install other repositories? Weblin currently only accepts ‘Weblin Repos”, which currently don’t seem to exist. (At the very least, I can’t find them on Weblin’s page or Google, which effectively means they don’t exist.) What would expand this is support for APT repositories, which is apparently in the works.

The store’s also buggy on my iPad 3. Sometimes links don’t work or the page gets stuck. It’s definitely a work in progress.

If you’re using a jailbroken device, you’ll have to first install the Weblin Plugin for either iOS 4 or 5. It’s not available in the default repository, so you’ll have to add Weblin’s repository in Cydia:

The plugin for iOS 5 is supposedly a modified version of AppSync, which the page claims is designed without support for cracked apps–though this is questionable, as from the Filesystem Content it doesn’t seem that they even bothered to change the folder or file names. I haven’t tested the Weblin Plugin for anything besides its intended use, so I’ll take them at their word.

The prerequisite Weblin plugin for iOS 6 seems to be AppSync, according to its filesystem content.

For support with non-jailbroken devices, Weblin is a little sketchy. You have to have a development provisioning profile tied to one of the the accounts the developers behind Weblin are using. Weblin directs to uhelios’ store, which sells the certificates for $9.99; this is the same uhelios behind the ‘alternative’ app store Zeusmos, which is billed in piracy circles as an Installous alternative for non-jailbroken devices, so we can’t guarantee that Apple won’t crack down on their licencing scheme.

Unfortunately even buying the development provisioning profile isn’t ever going to be a full alternative to jailbreaking. Despite installing a third party store on iOS a non-jailbroken device, support will be limited, because your operating system’s privileges are limited. You won’t, for example, be allowed to use any package that requires MobileSubstrate, which rules out most interface tweaks.

That said, Weblin does have some positive features going for it. Apps installed through Weblin can be deleted from the SpringBoard as normal and it doesn’t have the same load time as Cydia (though it also doesn’t have the same number of apps to sort through, which could be a factor). It also allows for access to deleted AppStore favorites like Grooveshark and the original App Store version of iDOS.

As of right now, the selection of Weblin is too limited to justify spending $9.99 (on a sketchy test certificate) or to replace Cydia on a jailbroken iPhone. We’ll revisit Weblin when the developers add APT support and the proposition becomes more attractive. 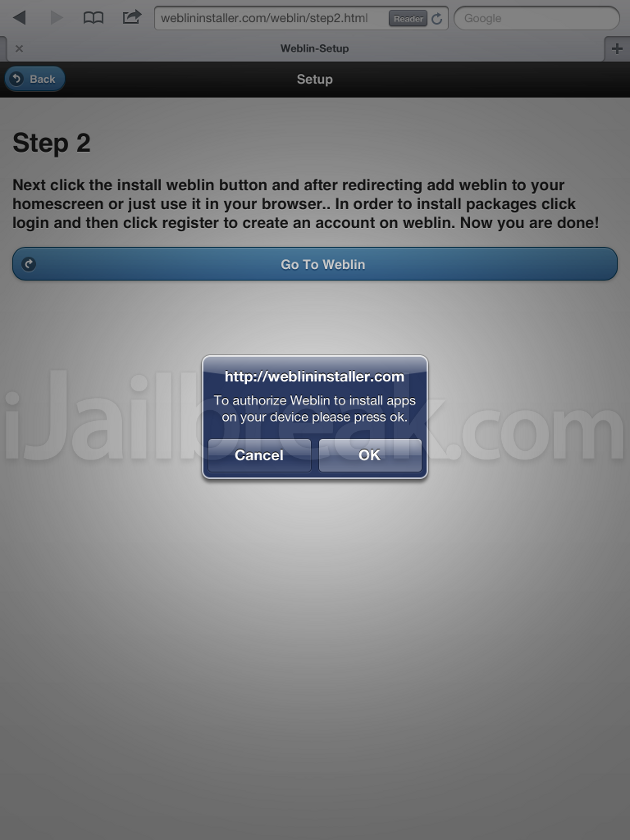 Do you think users and homebrew developers need another alternative to APT/Cydia? Share your thoughts in the comments section below.