Ryan Petrich, a very well known Cydia developer, has recently tweeted a new initiative called TweakWeek. TweakWeek will be an on-going initiative or challenge for Cydia developers to take part in; Once a day, for a week, a new tweak will be released into Ryan Petrich’s beta repository. All the tweaks will be free and available to download the day of, and will be open source software.

Ryan Petrich will be doing the first week which in-fact has already started. Then after the first week various other Cydia developers will be taking up the challenge including but not limited to Filippo Bigarella and Tyler Nettleton. 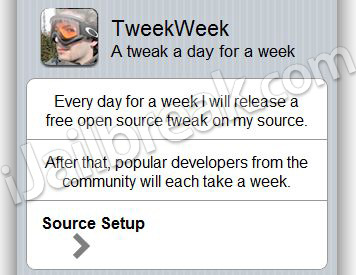 If you are interested in taking a better look at these tweaks that are going to be developed you will need to add Ryan Petrich’s source into Cydia (Manage > Sources > Edit > Add):

Let us know your thoughts on the TweakWeak initiative started by Ryan Petrich in the comments section.

The first tweak released in the TweakWeek challenge was Dietbar. This tweak will, as the description explains, shrink the heading or navigation bars featured in many stock iOS apps. This will give more room to what is most important; the apps content.

The second tweak released in the TweakWeek challenge was PagePusher. This tweak will, as the description explains, changes the default animation while browsing through stock iOS pages such as through the settings.app. The animation that PagePusher adds is that of flipping to a new page on a physical book, and it actually looks fairly realistic. 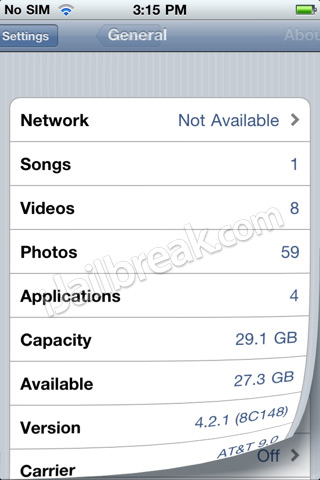 The third tweak released in the TweakWeek challenge was SplitMail. This tweak will, as the description explains, split the stock iPad mail app when you are in portrait mode. This allows you to view a list of emails on the left and view your email’s actual content on the right; all while in portrait mode. 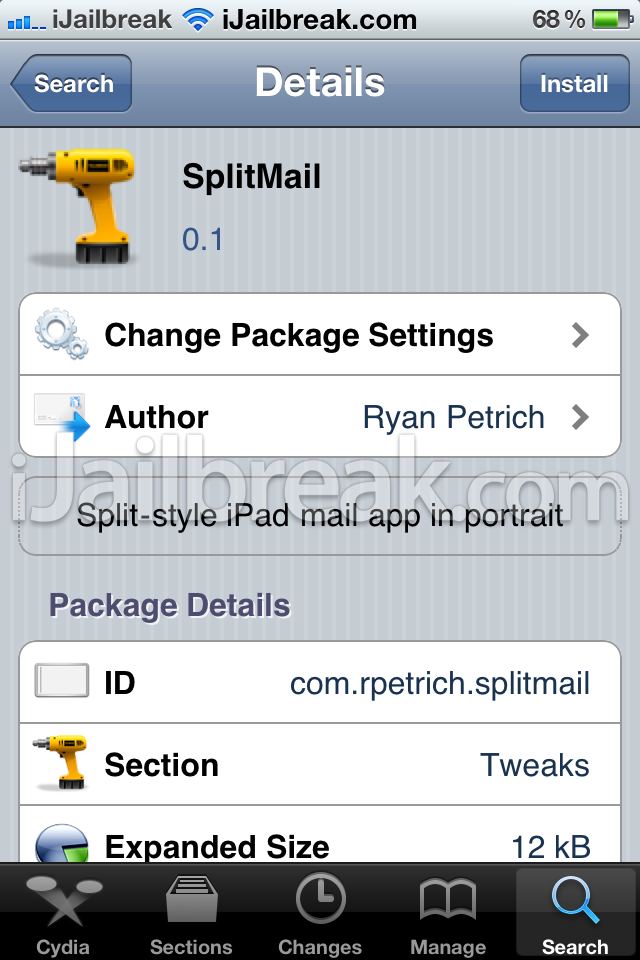 The fourth tweak released in the TweakWeek challenge was Read Later Action. This tweak will, as the description explains, add a Read Later button into ActionMenu to allow you to easily save web pages for reading later using the instapaper service.

Note: This tweak will require the ActionMenu tweak.

The fifth tweak released in the TweakWeek challenge was RunningIndicator. This tweak will make a currently running app, that is still running in the background, have a glow around it and also an X icon badge that allows you to close the app directly from the springboard (stopping it from running in the background). Personally this is my favorite tweak, so far, that has been released in the TweekWeek challenge! 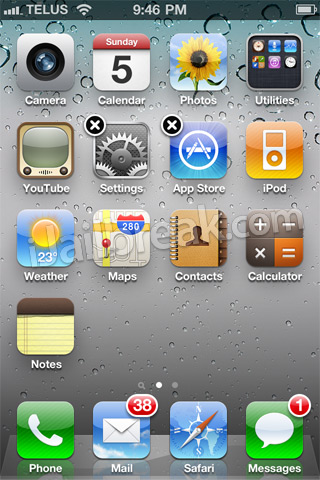 The sixth tweak released in the TweakWeek challenge was SliderBar. This tweak will make scrolling through contacts and other table views much faster and easier. After installing the SliderBar tweak I was quite impressed with how much faster I was able to navigate stock iOS applications! If you are looking to make yourself more productive SliderBar is the perfect tweak for you. 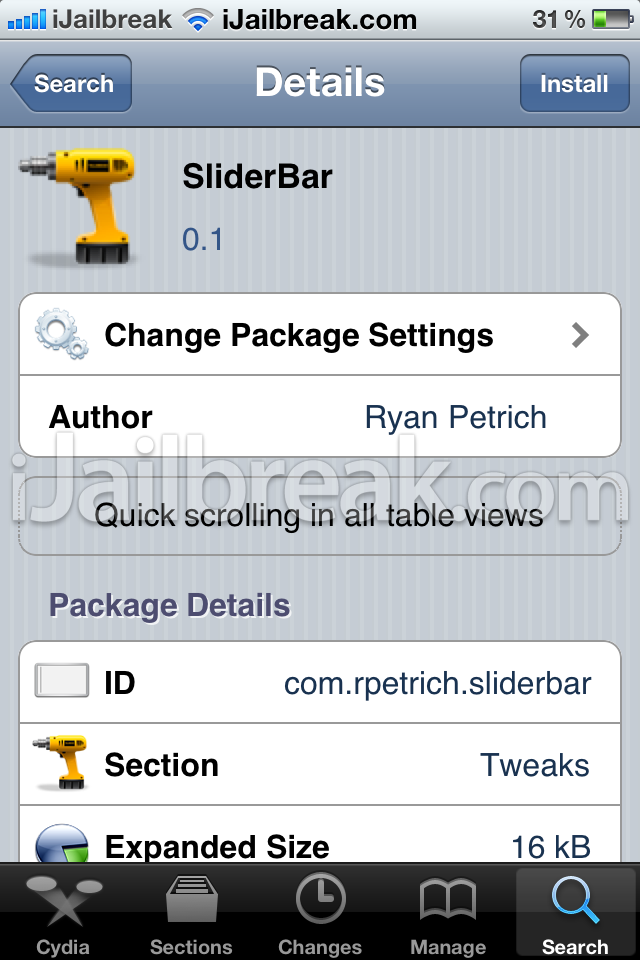 The Seventh tweak released in the TweakWeek challenge is MathAlarm. This tweak will make you answer an arithmetic question when your alarm goes off to actually press the snooze button or deactivate it. Now for those of you who are good at arithmetic you will find the questions asked will still be a challenge for you. Of course for those of you who aren’t as mathematically inclined you will most likely need to use a calculator. 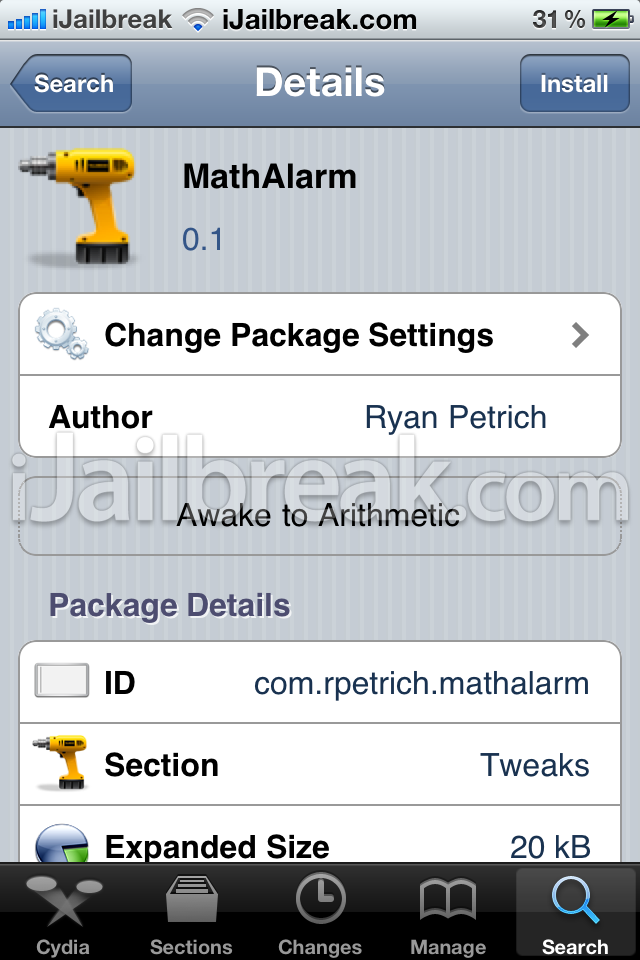 Update #1: MathAlarm Plus Forces You To Answer A Math Question To Snooze Or Deactivate Alarm

The MathAlarm Plus Cydia tweak allows you to awake to arithmetic to sharpen your math skills, while forcing you to wake up and answer an arithmetic question before your alarm with turn off. This means you will no longer be able to just hit the snooze button and go back to sleep, you will be required to answer a math problem to disable or snooze your alarm. With this tweak you will be able to select addition, subtraction, multiplication and division questions with configurable difficulty.

Note: MathAlarm Plus is a premium version of the free MathAlarm tweak. This tweak does not add an icon to your SpringBoard (homescreen), but does not have configurable options in the Settings.app. 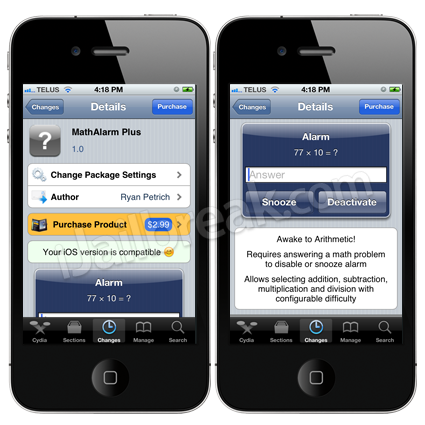 This tweak is available through the BigBoss repo for $2.99. 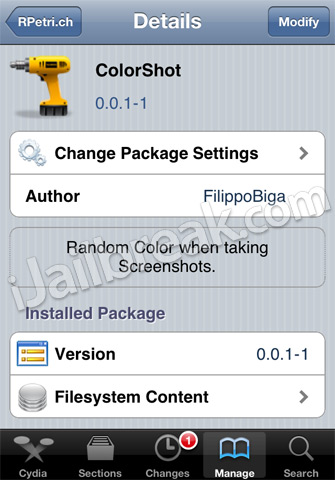 Tweak Description: Requires you to slide in both directions to unlock.

The Ninth tweak released in the TweakWeek challenge was SwishUnlock. This tweak, as the description explains, will add an extra step to unlocking your iDevice. Meaning instead of simply sliding to unlock your iDevice you will need to slide in both directions. Personally after installing this tweak I got frustrated with the extra step to unlocking my iDevice, but regardless I am sure it will be useful for some individuals. 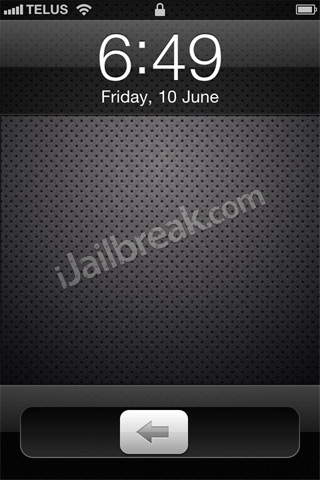 The Tenth tweak released in the TweakWeek challenge was SpotURL. This tweak, as the description explains, will allow you to open URL’s straight from the spotlight. Once you type a URL into the spotlight search you will be redirected to MobileSafari where the URL you typed into Spotlight will begin loading. SpotURL is a very lightweight tweak that is worth the effort to at least try out. 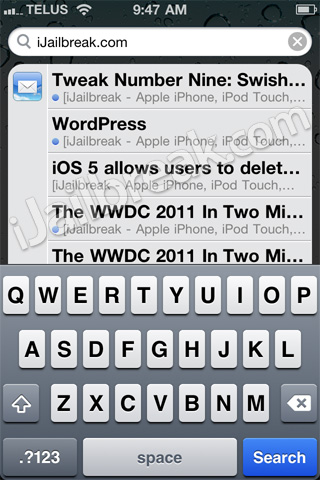 The Eleventh tweak released in the TweakWeek challenge was TheftAlarm. This tweak, as the description explains, will act as a theft alarm for your iDevice while it is charging. Meaning that if someone disconnects your iDevice while it is charging an alarm will sound. Now it took me a few minutes to figure out how to work the TheftAlarm tweak so it is worth noting how you activate the TheftAlarm tweak if you decide to try it.

Once you download and install the tweak, before it will work, you will need to assign an activator command to enable it. Once you do this perform the activator command, plug your iDevice into your USB cord and finally disconnect it and you will hear the alarm. 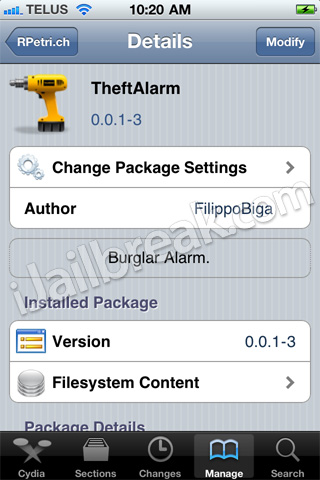 Overview: Week One Of The TweakWeek Challenge

Week one of tweakweek has come and gone as of June 7th and some great tweaks were created by Ryan Petrich! These tweaks ranged from MathAlarm to SplitMail and all-in-all some of the tweaks released were better than some tweaks who have had weeks of development.

Let us know what you thought of week one of the tweakweek challenge in the comments section below.

Update #1: Ryan Petrich Will Be Starting TweakWeek 2 Upon The Release Of The iOS 7 Jailbreak

In June of 2011 Ryan Petrich started an initiative called TweakWeek. Essentially TweakWeek was an initiative or challenge for Cydia developers to take part in. Each developer would be given a week to release a new open source tweak daily that would be released into Ryan Petrich’s beta repository. 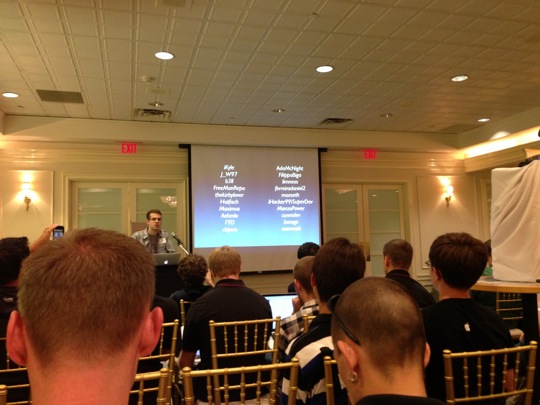 Not only is this great for the end user, but it is great for aspiring developers because they can learn from these open source tweaks and get into tweak development themselves. At the WWJC 2013 today Ryan Petrich announced that he will host another TweakWeek, fittingly called TweakWeek 2.

There are reportedly over 20 different developers on board, including well known names such as Filippo Bigarella, Adam Bell and of course, Petrich himself.

Unfortunately TweakWeek 2 won’t be starting until the release of the first iOS 7 Jailbreak, but with projects such as OpenJailbreak hopefully we won’t have to wait as long for it to be released.

We will keep you updated on TweakWeek 2, but who is excited?