This is an article about a data tethering issue (aka Personal Hotspot) and not about tethered unlocks or jailbreaks.

You may have noticed that some of my recent screenshots have been, well, squished by Apple’s double-wide Personal Hotspot status bar. The double-wide bar is a perfect example of why Apple should not muck around with the screen aspect ratio of its mobile devices: Apps don’t tend to play nicely with being squished. It either covers up buttons or pushes assets below the screen’s display, and is generally a pain. Since I’m stuck with my iPhone’s data plan as my primary source of internet access for this month, I thought I’d see about getting rid of that bar that’s been plaguing me. Luckily there is a tweak called Tetherize. 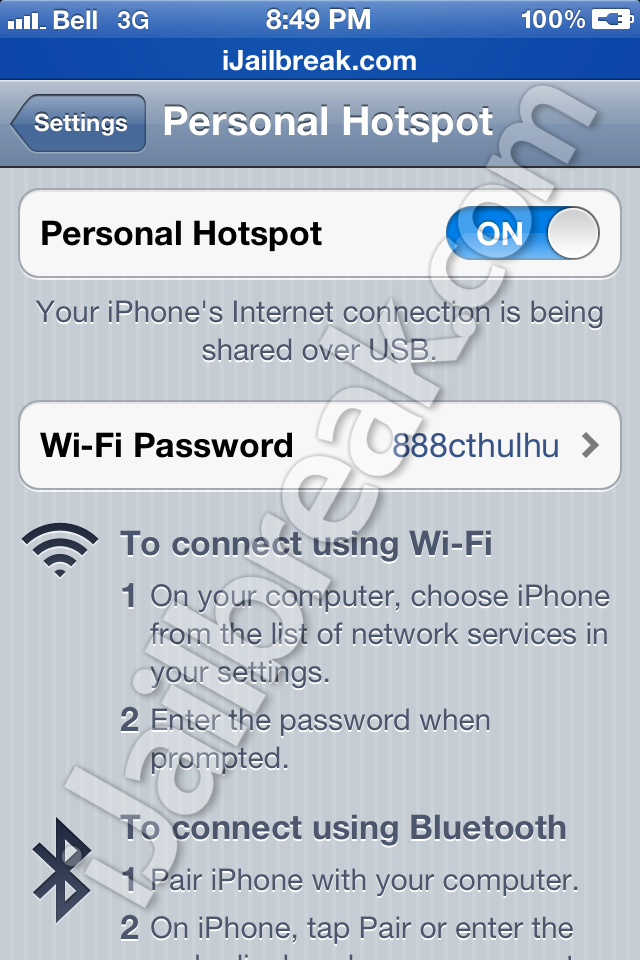 Tetherize allows for custom messages in the status bar

Its Cydia page describes Tetherize as an app that can customize the tethering status bar, but it is also capable of making the blue bar vanish entirely. If you still want indication that you’re tethered, Tetherize also has the option of removing the blue strobe effect (“no glory,” it takes a little while to kick in) and it can replace the default text with a short message.

(Having my phone plugged into my laptop and being able to access the internet through that laptop is proof enough of tethering for me. Thank you very much, Apple.)

The Cydia page promises that more styles will be available, but so far there’s nothing. Tetherize has been out for about a year. I would imagine it would be handy if future versions of Tetherize could include a blue bar that wasn’t double the width, providing the notification without the annoyance. 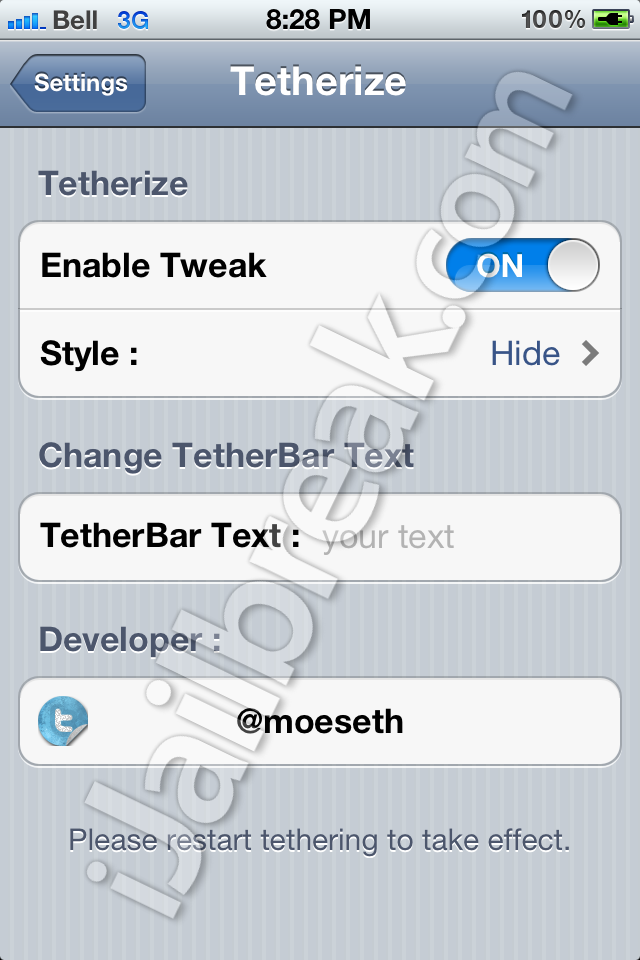 Tetherize is a FREE tweak and can be found in the Cydia package manager through the BigBoss repository. BigBoss is a default repository, so you should only have to search for Tetherize. The app doesn’t install an icon. To activate Tetherize, go into Settings; you can find it clumped together with the other Cydia tweaks—like Activator, Veency, and WinterBoard. Tetherize requires an iOS device that is capable of tethering natively, as you wouldn’t see the bar otherwise. You have to turn Personal Hotspot off and back on again before changes in Tetherize will take effect.

Does any of the iPhone’s default behavior just drive you nuts? Share your issues with the user interface in the comments section below, and maybe we can find you a tweak.