With your Jailbroken iPhone 4S you are now probably looking for some of the best Cydia tweaks to take advantage of! One Cydia tweak that we thought iPhone 4S users would want to take advantage of is the Siri Mic Colors Cydia tweak. This is because the Siri Mic Colors Cydia tweak allows you to easily change the Siri mic icon that appears when you activate Siri. For example, you can change the boring old Siri mic icon to a green icon, a yellow icon, a red icon and even blue icon. 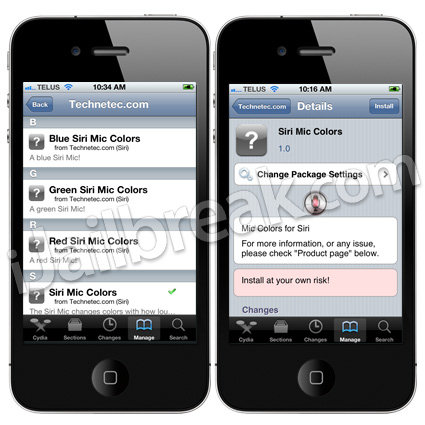 Note: You must activate your selected Siri Mic Color through WinterBoard before it will take effect.