We recently reported on a Cydia tweak called PokerFace for Facebook Poke which disables key security features in the Facebook Poke app–the app was designed to send private messages, videos, and pictures that erase themselves after a set period of time, but the PokerFace tweak prevents the pictures from being erased, and even allows these thought-to-be private pictures to your device’s camera roll.

While we cautioned users that there are several other methods for circumventing any app’s security and anti-screenshot measures on a jailbroken device, we did mention Snapchat as an alternative software solution, even if it would still be vulnerable to Veency or recording software. It turns out that Snapchat might not be much safer–CokePokes, the developer behind PokerFace, is reportedly sitting on another tweak for Snapchat. 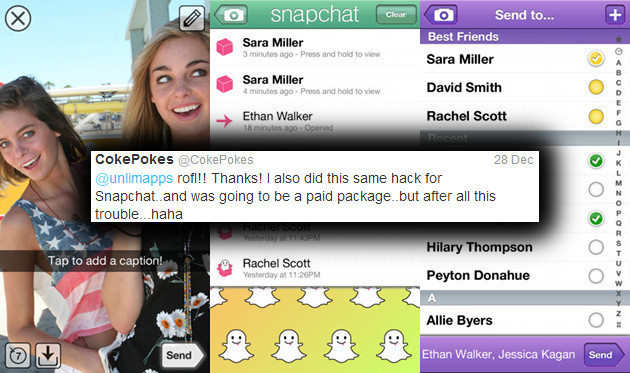 That said, Snapchat and Facebook Poke are already laughably vulnerable. If you plug your iPhone, iPad, or iPod Touch into any computer with iFunBox installed, you can download all the Snapchat videos from User Applications -> Snapchat -> tmp according to BuzzFeed, entirely unencrypted.

And what was Snapchat founder Evan Spiegel’s response to the fact that Snapchat’s private photos and videos could be accessed just by using iFunBox?

“The people who most enjoy using Snapchat are those who embrace the spirit and intent of the service. There will always be ways to reverse engineer technology products — but that spoils the fun!” 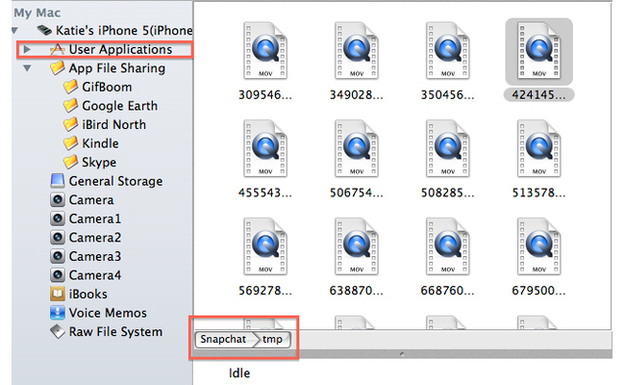 From BuzzFeed. Ultimately the security in Snapchat isn’t great.

Remember, kids. It’s all fun and games until some jerk posts a video of you online.