This certainly beats having to enter random numbers of letters. Although having a piano lockscreen might not be as secure, if you are not in the possession of top secret information you will probably get by just fine. By the looks of the video of PianoPasscode, it looks like the tweak is currently in a working state. We are not too sure when the tweak will actually touch down on Cydia, but boy are we excited! 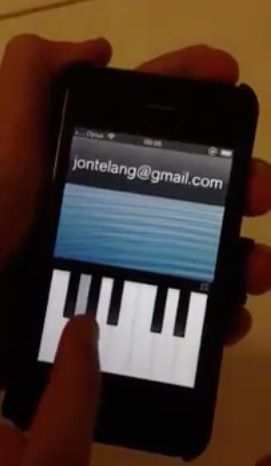 We will be sure to let you guys know when PianoPasscode is released into Cydia. Until that time check out the video preview below and be sure to let us know what you think of this tweak in the comments section below. Is it something that you see yourself using? Or is a piano passcode just not practical?