The iOS 6 firmware generation contains a bunch of new functionality including a new mapping technologies, Facebook integration and even a digital wallet-like application called Passbook. This new application will allow you to digitally carry around boarding passes, loyalty card and coupons.

When Apple released the iOS 6 beta 1 firmware and then the iOS 6 beta 2 firmware yesterday, a lot of developers were hoping they could test out Passbook. Unfortunately however, right now the application is not functioning and it’s just a splash screen. 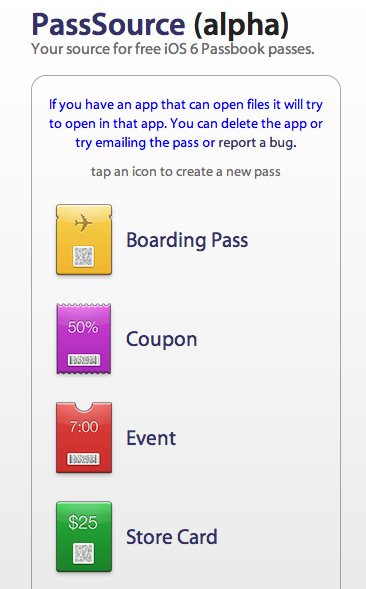 Step 1) – The first thing you will need to do is make sure you have the iOS 6 beta 1 firmware installed on your iPhone. I have not tested this method on the iOS 6 beta 2 firmware, but I assume it still works.

Step 2) – Now you will need to launch Safari on your iPhone and go to the following website:

Step 4) – You can add as many fake Passbook passes as you want to play around with its functionality. And don’t forget to delete at least one of the passes, so you can see Apple’s cool shredding animation.

We are sure to see many more Passbook improvements as we move along in the iOS 6 beta firmwares, but this is a nice little taste of what is to come nevertheless. Please leave any further questions or thoughts in the comments section below.