Lately we have been seeing some cool free Cydia tweaks being released and today is no different. Recently a tweak by the name of MusicWidget was released that essentially makes a mini music player widget pop-up when you double tap the music icon. From this music widget you are able to see the song name, song artist and cover art, as well as play/pause a song and go to the next track or the previous track.

This tweak is actually very similar to some of the concepts we have been seeing recently that bring quick app controls without actually have to launch the app. Furthermore, a Cydia tweak called Velox is also being developed that brings this same functionality to other stock iOS applications was part of the reason why the developer released MusicWidget in its current state for free. 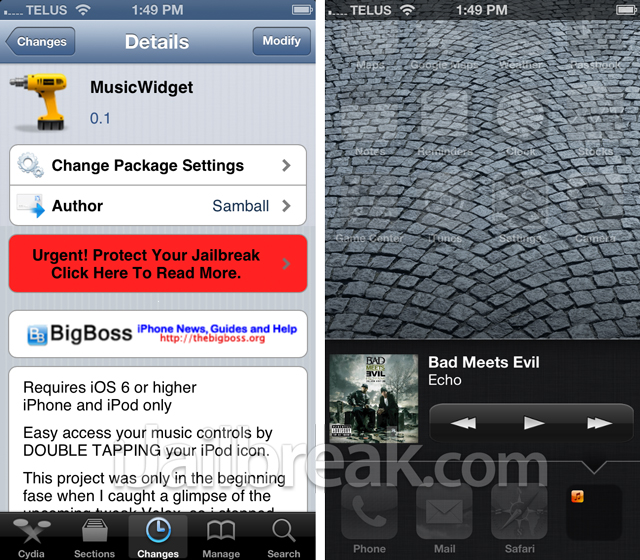 As MusicWidget is actually a free tweak that is available in the BigBoss repository, I urge you to check it out! Let us know what you think of it in the comments section below and don’t forget to check out our video walkthrough of the tweak.