So for example if you have a group chat with work colleagues you could name the conversation “Work” or something along those lines. This beats having to figure it out based on a list of names.

Using MessageRenamer7 is simple and you just open the stock Messages app or BiteSMS with the tweak installed, tap and hold on the conversation and you’ll get an option to “rename, reset, or cancel”. Upon tapping the rename option a popup will appear allowing you to change the conversation name to whatever you please. 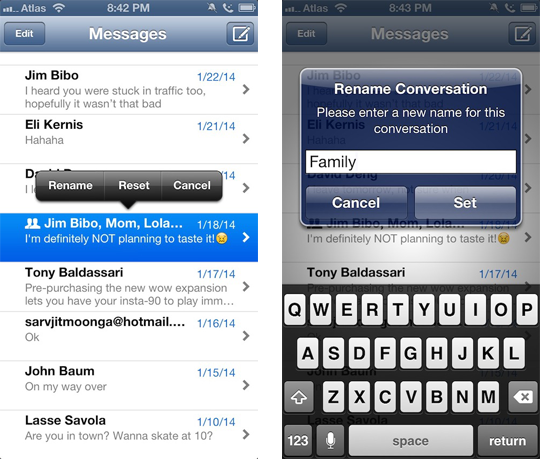 Although a simple tweak MessageRenamer7 is definitely worth checking out if you have multiple group conversations on the go. You can find it in the BigBoss repo for $0.99. The iOS 6 version, named MessageRenamer, is still available for free but the developer decided to charge for the iOS 7 version of the tweak because it had to be rewritten from scratch and is much more clean and efficient as a result.