A few days ago we told you about a Cydia tweak called LSScrubbing that added the ability to scrub songs from the lockscreen. LSScrubing was a premium Cydia tweak that cost $1.99 from the BigBoss repo. In case you weren’t interested in paying such a steep price for this functionality you will be glad to know a free variation has been released today called LSMusicSeek.

The LSMusicSeek Cydia tweak replaces the volume slider on the lockscreen with a seek slider for music playback. Unfortunately this means the volume slider will disappear, but considering you can just use the volume buttons on the side of your device, this really isn’t a big deal. 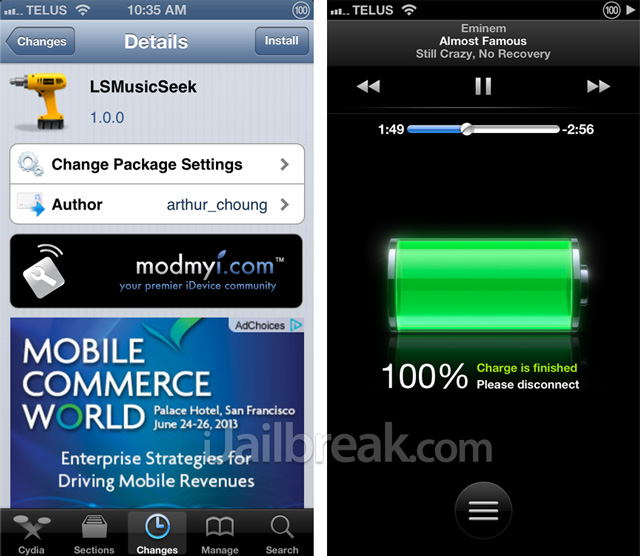 I tested the LSMusicSeek Cydia tweak on my iPhone 5 and it worked without hiccups. You simply install the tweak and it is good to go. There are no settings to configure and no icons added to your homescreen.

If you are interested in the LSMusicSeek Cydia tweak you can find it in the ModMyi repo for free. Let us know what you think of the tweak in the comments section below.