Here’s an unusual sight: there’s a utility called IPA Installer Console in the BigBoss repository. If you aren’t in the know IPA files refer to archive files that store iOS applications, and IPA installers are generally for pirating cracked iTunes apps. The major community sources shy away from hosting tools associating with piracy. In fact, Cydia will warn users when they add repositories that commonly host such apps. 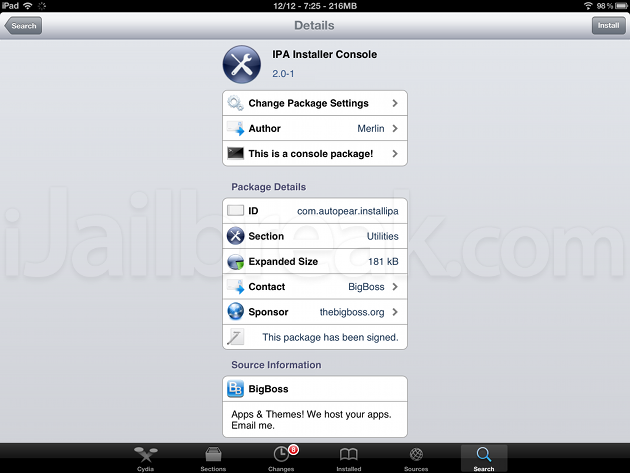 The presence of an IPA installer in a default community repo is surprising.

So what does this IPA Installer Console plugin do? It basically acts as a command-line version of AppSync; it can be used to install IPAs’ naively and also automatically remove the iTunesMetadata.plist file to bypass update checking–which also sounds a whole lot like piracy.

The one feature that looks most appealing from a pure enthusiast’s point of view is the ability to force installation of IPAs on unsupported devices, so you can run iPad-only apps on the iPhone or install apps on the Apple TV. With BTStack Mouse, it may be possible play iPhone games directly on the big screen.

While there’s no specific policy preventing IPA installers on the BigBoss repository, I can’t imagine IPA Installer Console will be around for long. Aside from this new app, there aren’t any remaining IPA installers in the default community repos. If you’re interested in nabbing IPA Installer Console for the ability to install iPad apps on the iPhone or any apps on the Apple TV, do it while you can. 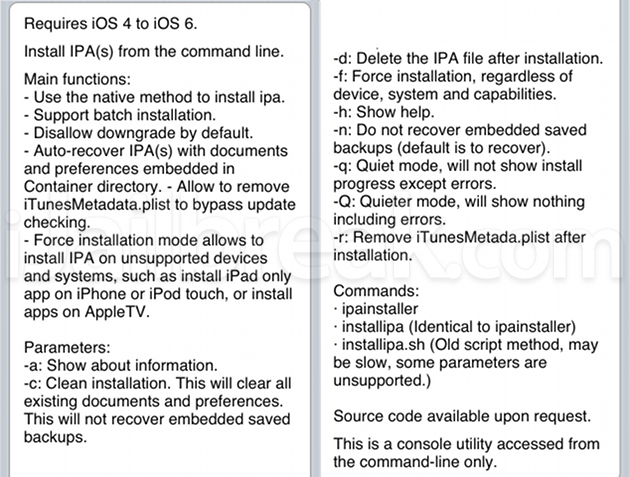 Should IPA installers be hosted in the default repositories? Share your thoughts in the comments section below.