Siri is one of the greatest aspects of the iPhone 4S and it will soon be coming to the new iPad with iOS 6. Siri has its own UI, that opens up every time you long press the home button. Sometimes, it would be easier to let Siri answer your questions in the background rather than disturb you while you’re watching a video, reading something or playing a game. 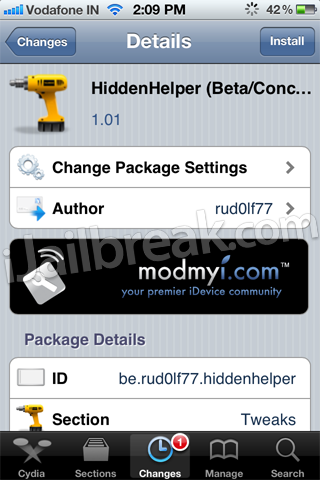 HiddenHelper is a new Cydia tweak, that lets you hide Siri and make ‘her’ run in the background. The tweak also lets you choose if you want Siri to show the UI when it answers a query. Suppose you’re playing a game and want to know the time, instead of being taken away from the game, Siri replies to you in the background. You can choose the things that Siri should show and you can hide the rest. Meaning the Siri interface won’t show up, and you’ll just hear the activation noise. This is a concept or beta tweak, so it’s not completely finished yet.

The tweak is currently available in the ModMyi repo. Try it out and let us know what you think of it.