There are some apps that still haven’t been updated for compatibility with the iPhone 5’s larger display and even some Cydia tweak’s such as Springtomize 2 (at the time of writing this article) don’t yet take advantage of the iPhone 5’s larger screen real estate. Thanks to the power of Jailbreaking however, this is about to change!

Master Cydia tweak developer Ryan Petrich has just released FullForce for Phone that, just like the iPad-version, tries to make all apps take up the full screen space available on the iPhone 5. Ryan Petrich says “FullForce applies some heuristics to resize apps to fit the full screen height.” He mentions that although FullForce for Phone will work on most applications, he can’t guarantee it will work for every app out there as this would be an impossible feat. He has said however, “I am actively looking for apps that do not work so I can improve the heuristics.” One area that will encounter the most trouble is games as they generally require specific screen dimensions. 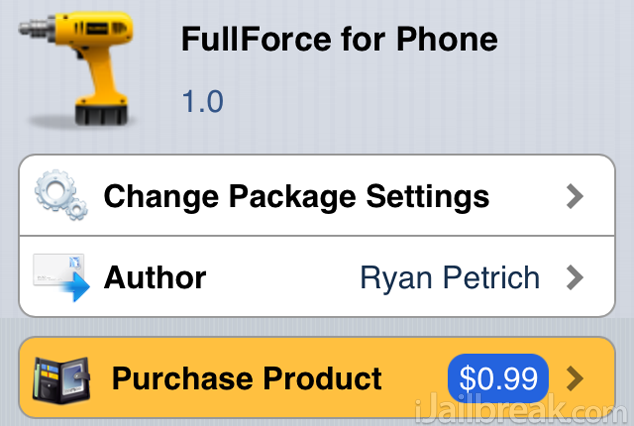 If you are interested in FullForce for Phone you can find it through the BigBoss repo for a price of $0.99. There is a free tweak currently on Cydia called Screen Extender that does the same thing, but I have heard a lot of reports of buggy functionality and inconsistent reliability. The bottom line is, you get what you pay for, so choose wisely.