The FastForward Cydia tweak allows you to modify the video playback speed of almost any video player on iOS. This allows you to watch videos faster than ever. If you’re thinking to yourself, why would I want to watch videos faster?  Well, This tweak is more geared towards lectures or any other educational video where speeding up the video playback will allow you to watch the video in half the time and still grasp what the speaker is saying.

According to the developer of this tweak, it was originally written for a group of college students looking to watch lecture videos more quickly, but as it was used so much it was released onto Cydia for everyone else to enjoy. 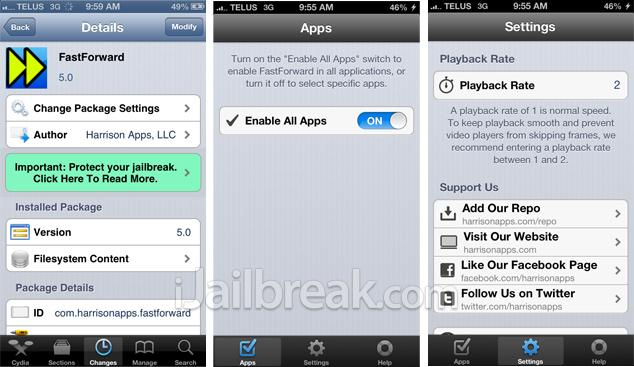 FastForward is a great Cydia tweak if you are a student who watches lectures a lot, or if you are someone who likes to watch a lot of educational videos. You can find FastForward for free in the BigBoss repo. Let us know what you think of the tweak in the comments section below.