Saurik has released a new update for Cydia Installer, which is kind of a big deal. The update isn’t a big one, but it’s going to change how Cydia works. 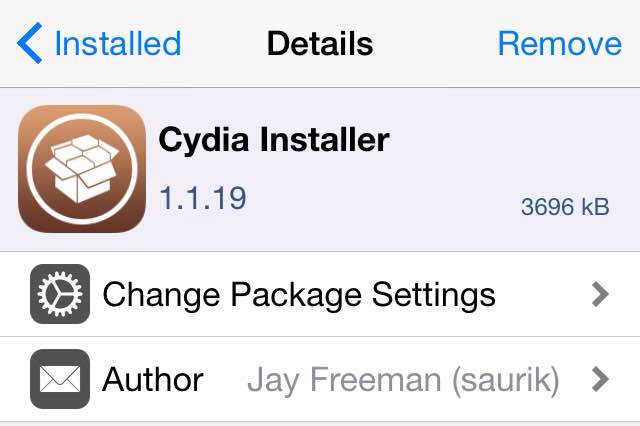 Cydia Installer 1.1.19 was released recently and it includes a major change in the way it works.

Previously, Cydia used to run as root, but with the new update, it will run as mobile. What does this mean?

Well, what this means is that now you’ll be able to modify the look and functioning of Cydia using tweaks.

Usually, tweaks never used to work on Cydia. For example, applying a theme would change the look of everything on your iOS device, except Cydia.

That will no longer be the case after you’ve installed Cydia Installer 1.1.19.  To install the latest update, simply launch Cydia and select the Changes tab and hit Refresh. You should be notified of the update. Install, reboot and you’ll have a customizable Cydia.

There’s going to be a lot of themes and UI tweaks for Cydia now. Are you excited?