Kobi Snir, who previously brought SpyKey and AnonySend to Cydia, released CrazyPC last night. CrazyPC controls a software server installed on a “friend’s” computer that can make the computer display images, play sounds, change the computer volume, and shut down. As with AnonySend this software’s primary use is to prank friends, and it’s about as intrusive as SpyKey. I can tell you if someone installed this software on my computer, that person would no longer be my friend. That’s if the software doesn’t interrupt me while I’m writing. (Otherwise there’d be a keelhauling.) 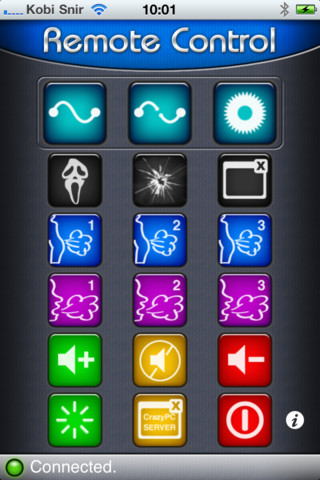 What’s odd about CrazyPC is that it’s currently in the official App Store for $0.99, and it’s been there since September 7th. On Cydia it’s free and available in the BigBoss repo. SpyKey used to be available on the App Store, but was pulled by Apple. Perhaps Snir is worried that Apple will pull CrazyPC too.

This software really bothers me because it uses the exact same installation method for connecting to a victim’s computer as with SpyKey, but it’s explicitly intended to be used on friends and family whereas SpyLey is a keylogger that’s supposedly intended for personal security. The fact that this app exists demonstrates the more serious abuses that SpyKey is capable of. It’s one thing if your friend gives your grandfather a heart attack with a picture of a badly rendered zombie, it’s another thing if someone makes off with your credit card. Wait, no. Killing grandfathers is worse. 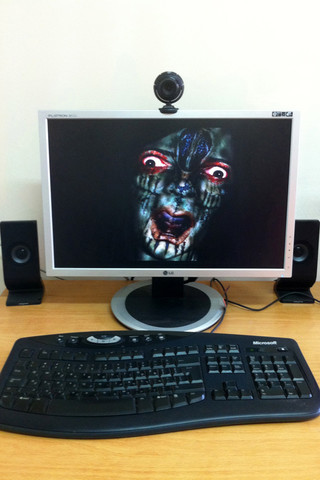 That's just wrong in so many ways.

Ask yourself if you really need to install borderline malware on your friends’ computers for the purpose of making fart noises. If the answer’s yes, let us know what you came up with in the comments section below.