Wanted to change permissions on your device’s filesystem without exiting an app? Are you following a tutorial, to fix something, but don’t want to switch from your browser to mobile terminal? We’ve found a new tweak that can help.

The tweak: Command Alert is a Cydia tweak that pulls up an alert dialog through an Activator gesture. This dialog contains a text entry bar that can run terminal commands anywhere. Commands can be instantly carried out and is logged for review later. 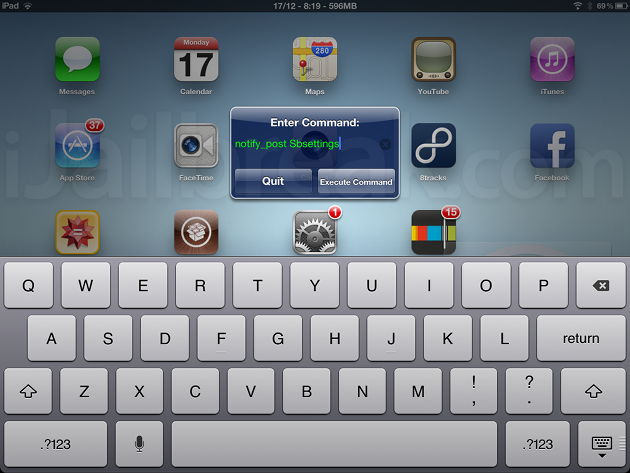 Yes, using Command Alert to trigger TerminalActivator on the device you are holding is pointless, but makes for a good demonstration. 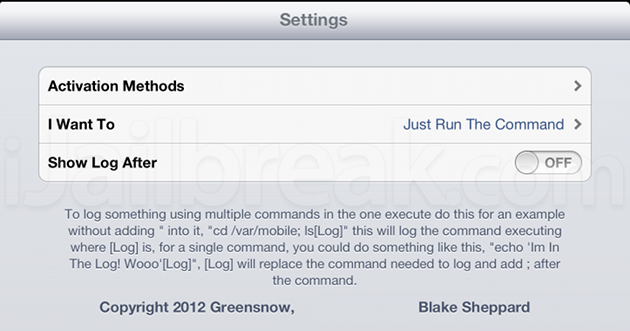 You can use any activator gesture to set Command Alert, and it also shows up in the settings page for other Activator triggers, like BeeKeyboard.

Caveats: Command Alert has a few weaknesses that, if corrected, could really make the tweak shine.

Where to find: Command Alert can be found for free in the BigBoss repository on Cydia. Logging and Activator gestures can be tweaked in Settings.

What do you use Command Alert for? Share your thoughts in the comments section below.