One little annoyance I have come across in iOS 6 is that every time your respring the brightness level of your devices goes to the lowest level for some reason. At first I thought this might have just been isolated to my iPhone, but after I saw the BrightnessFix for iOS 6 tweak hit Cydia I knew I couldn’t be alone after all.

Although this isn’t a huge issue particularly, for those that have also been annoyed by the bug, you will be glad to know it can be fixed in seconds by simply installing BrightnessFix for iOS 6. The tweak is available for free in Cydia and is hosted on the ModMyi repo. 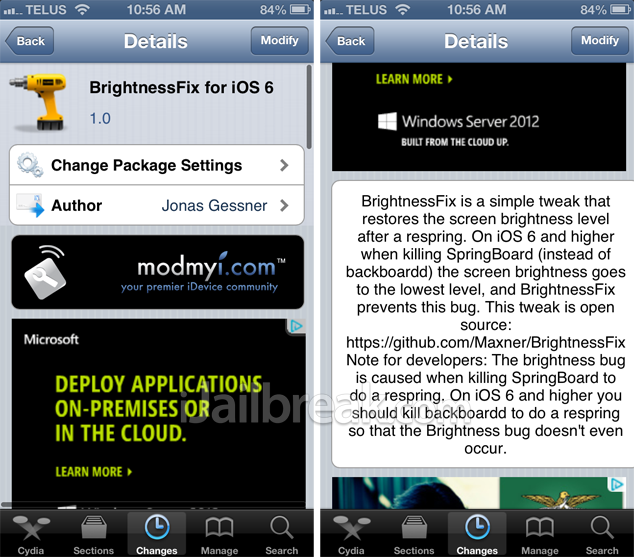 BrightnessFix for iOS 6 has no settings to configure, simply install the tweak and enjoy not having to deal with the low brightness bug ever again. According to the developer the reason why this bug takes place in the first place is because on iOS 6 and higher Backboard should be killed to do a respring instead of the SpringBoard directly.

As it will likely be some time before developers catch on, it is recommended that you install this Cydia tweak so that you don’t have to manually adjust the screen brightness all the time.