Essentially what ActiveDock hopes to do is make the iOS dock more like the Mac OS X dock in the fact that it will alert you to which applications are running by a small white light underneath the icon. Additionally, ActiveDock will alert you to notifications by making an apps icon bounce for a pre-set time. This means, for example, if you get a new email the Mail app’s icon will bounce until you check it.

What I like about the ActiveDock Cydia tweak is how it makes your dock feel more like OS X in a native way. It doesn’t completely re-theme your device, but rather brings about useful functionality in a way that feels like Apple designed it.

The bounce effect can be disabled for both notifications and when you launch applications. Furthermore, as mentioned previously, you can actually set the amount of time an application will bounce on your SpringBoard when you receive a notification. 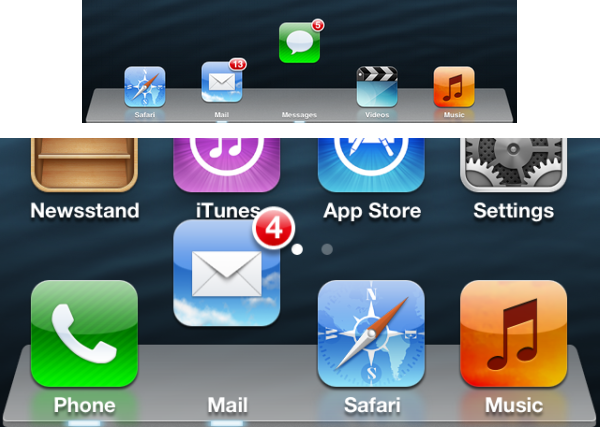 ActiveDock will be available in Cydia for $1.99 via the BigBoss repo shortly. No solid release date has been given by its developers, but we should see it released within the next couple weeks. What do you think of the ActiveDock Cydia tweak? Let us know in the comments section.