In the beginning of April we told you that a developer by the name of Andrey Fedotov has been working on a project called HackStore for quite some time now. Essentially what the HackStore will be is a version of Cydia for the Mac OS X operating system. The purpose for the HackStore will be to cater to those developers who want to go outside Apple’s tedious restrictions, and open up users to a whole new world of possibilities just like Cydia has done for iOS.

Over the last week or so we have been receiving questions on when the HackStore will be released. If you were one those people wondering just when the HackStore would see the light of day then you will be glad to know that it is currently available to download. That is right! The HackStore has been publicly released and is currently being marketed with the moto “No piracy apps here, forever and ever“. Which, considering how badly iOS app piracy has gotten, is something I am sure we can all appreciate. 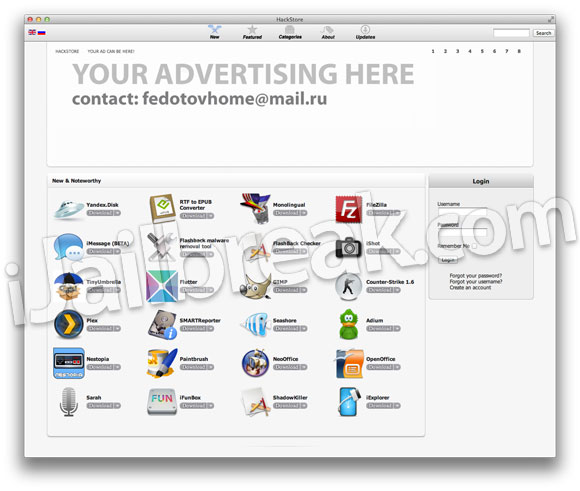 After downloading and playing around with the HackStore I was fairly impressed with how things came together. Although it is clear the interface was copied from the official Mac App Store, I think it makes for a more native experience. My only real gripes with the HackStore right now are that application pages do not contain screenshots and there is really no download manager to track what you have downloaded. 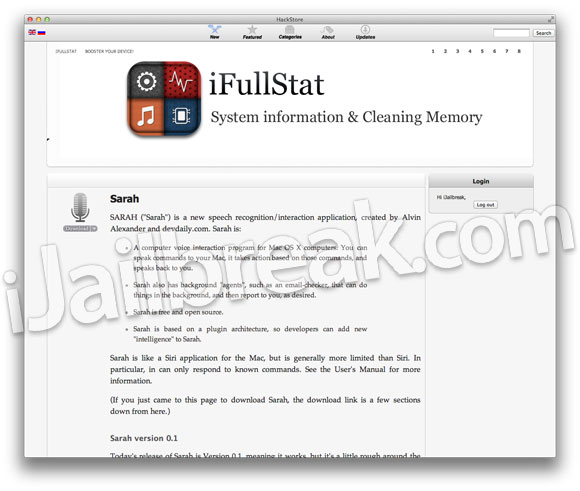 Considering this is the initial release of the HackStore however, I am sure there will be numerous updates coming in the near future to make the overall experience better. If you would like to download the HackStore you can do so from the link below…

What do you think of the HackStore? Have you downloaded any applications yet? Share your thoughts about the HackStore in the comments section below.