I was browsing the (Canadian) App Store earlier today and noticed a peculiar application sitting in iTune’s Top Charts at 8th place called Bluetooth OnOff. Given Apple’s history with applications that provide quick access to system functions such as toggling WiFi, Airplane Mode etc. it surprised me that such an application has managed to pass through Apple’s radar. 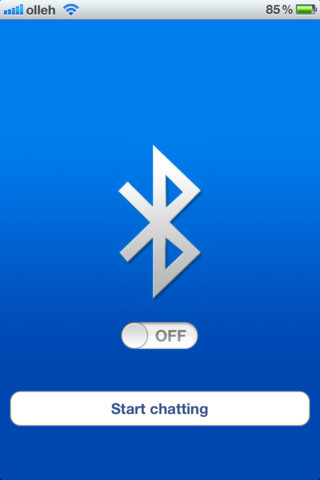 If you remember all the way back to November (2011) we told you that you could use an application called Icon Project to create SBSettings-like shortcuts to various system functions on non-Jailbroken iOS devices. This little trick became extremely popular, but was fixed in an iOS update later pushed by Apple. Giving more evidence to the fact that Apple is not a fan of quick-access toggles on their iOS devices. 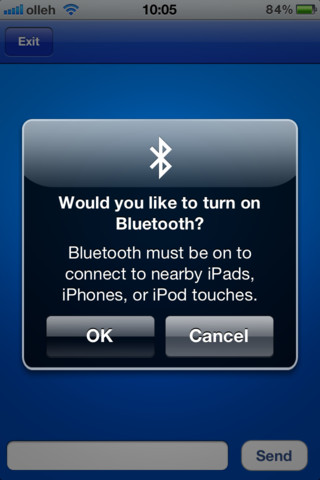 Fast forward about 5 months and we now have Bluetooth OnOff. which at this time is the quickest way to toggle Bluetooth on or off on a non-Jailbroken iOS device. Now before too many people think this is a one tap solution to toggling Bluetooth, you must keep in mind that you do not just tap the icon to toggle Bluetooth. You must actually launch the application and tap on the toggle button (still significantly quicker than going into the Settings.app). Another feature that you can take advantage of with the Bluetooth OnOff. application is the ability to chat with others nearby.

In my opinion this application will not last long so you better go ahead and grab it from the App Store while you still can.

Download Bluetooth OnOff. for a price of $0.99 [iTunes link]