Who would imagine there would be two jailbreak knockoff apps available in the iTunes App Store so soon together? The “Display Recorder” in the App Store is not the same as the Display Recorder application available through Cydia, and is also not associated with its creator, Ryan Petrich. 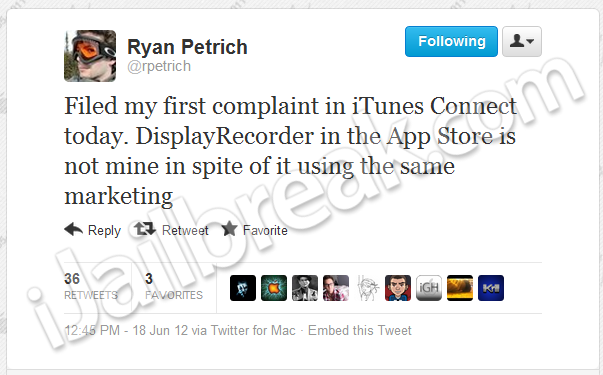 For his part, Petrich recently announced on Twitter that he filed a complaint on iTunes Connect today against the copycat app. Even if Apple does not comply with Petrich’s rights to his jailbreak app, it’s likely that Display Recorder will be pulled anyway. There’s a reason why Petrich’s app was a jailbreak exclusive: in the past Apple has not taken kindly to apps that mimic native functionality (like screen captures), or modify the iOS experience (acting outside the app). As an app that records a video of the display while in the background, it is amazing that Display Recorder got into the App Store in the first place.

The iTunes version of Display Recorder has the same name and similar functionality to Petrich’s app, although the icon and interface is changed. There is a weird limitation with the iTunes app. The iTunes app can only record video when the iPhone/iPad/iPod Touch is set to the United States region format. Unlike Petrich’s app, Display Recorder does not work with 3D games – it just displays a black screen. 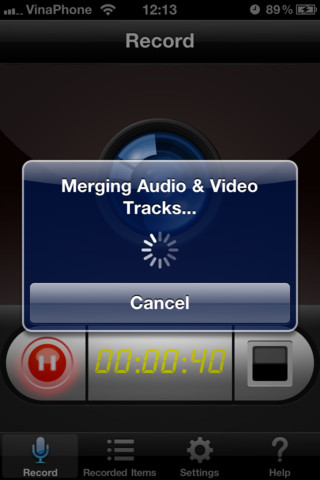 The interface for the App Store’s version of display recorder is quite different from Petrich’s app.

Between stepping on Petrich’s toes, copying existing iOS functionality, security issues involved with copying from the phone’s, limited use case, and a reliance on work around, I can’t imagine Display Recorder will stick around in the iTunes App Store for long.

Should Apple allow official apps to record the display for users? Share your thoughts in the comments section below.