I would like to start off by saying that I nor iJailbreak.com support Piracy in any shape or form. It is illegal, period. This article and containing interview are intended strictly for educational purposes and to hopefully enlighten our readers on the risks of being associated with such activity.

We have all been witness to, heard, or even done so personally the downloading of Torrents from the vast selection of trackers we have available today. Where do these sites come from, how are they ran, and what are the risks of being associated with such sites will be the focus of today’s interview. I would like to introduce to our readers Scott McCausland former Pirate and Tracker administrator, who has quite literally seen it all from the downloading, tracking, administering, to Federal prison.

I would like to thank Scott for his participation in this interview and for sharing his personal experiences with our community. Scott is a 30 year old Software Application Specialist who has transformed himself from Pirate to Entrepreneur.

How old were you when you first heard of the BitTorrent protocol, and what peaked your interest so much?

It was 2001, and I was a member of of an IRC channel. Someone mentioned BitTorrent and I started looking into it. The idea that you could maximize your bandwidth by connecting to multiple peers was a genius concept, in my opinion. BT had me hooked. A few months later, private trackers started showing up and I got hooked up with a few guys who ran them. I built a little name for myself in the community, and Elite Torrents moved me up the ranks to Administrator.

Can you summarize for our readers how a Torrent Tracker works, and possibly how they are administered?

A tracker acts as a middle man; it coordinates the connection between the user wanting the file and the users distributing their portion. It is a very efficient system once the number of peers reaches a certain point.

The administration of a tracker, from my perspective was unique. I started out making sure that the content that was uploaded was done in appropriate ways – scene standards. I moved into recruiting uploaders – evaluating their efficacy. I would upload here or there, but nothing too intense. I mostly stayed recruiting for the majority of my tenure. I had access to top sites, and would only upload if it was a big release – Star Wars, for example.

You were arrested correct?

On May 25, 2005, I was awoken to the FBI and Customs (ICE) at my front door. They seized my desktop computers, laptops, and other electronics. It was their discretion as to whether it was instrumental in my alleged crime. I asked for a lawyer, and we basically sat in silence for a few hours while they searched my parents’ house. They were very cordial, it wasn’t what I expected. I was never actually ‘arrested’, I was read my rights, given a copy of the warrant, and told someone would be in touch. I then contacted my lawyer and thus began the multi-year saga. 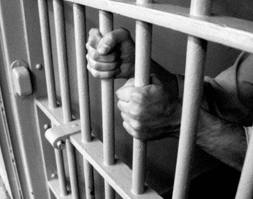 Can you describe this experience to our readers, the toll it took on you and those close to you? I’m hoping to deter the script kiddies out there saying “This could never happen to me”.

It didn’t really hit me until I spoke with my attorney. He was a great guy, and basically told me that the chances were high I would go to prison. I still thought to myself: “This can’t happen to me”. I grew up in a religious family, not rich, but upper middle class. I had high hopes of finishing undergrad and getting into grad school. The closest I ever got to being on the wrong side of the law was a speeding ticket.  I wasn’t ready for the responsibilities of my actions – and if I had to do it all over again now, I would change everything.

I’ve done a little research into your case and it really seemed to be one of the first of that time. Was this a topic that the judicial system had yet to clearly define? Do you feel that with the little attention on the issue that you received a heavier sentence than if you would have been arrested years later?

While my exact case was the first, the operation (D-Elite) put on by the FBI and ICE was the first wave of action regarding BitTorrent. It seemed that the law vastly outdated technology and it was evident that everyone (prosecutor, defender, and judge) didn’t understand the technology.  The judge told me that what I did was no different than walking into Best Buy, and stealing a DVD off the shelf.

I see you had issues with your probation and the use of Linux, and even turned your efforts towards Platform Advocacy. Can you further explain?

After I served my prison sentence – I was required to be on home confinement for 5 months, and 2 years of probation. I was a model inmate, and figured it would be no problem to my probation officer. I did NOT use Windows; Ubuntu was my distro of choice. It turns out that my home confinement and probation required the installation of monitoring software on my machines. This was fine with me, however; the software can only be installed on a Windows machine. I accepted and agreed to the monitoring software – but they couldn’t install it. So I contacted my lawyer, he agreed, if I am accepting the installation – but I do not use the proper machine – what do I do? There was nothing in the laws regarding this scenario – so it was decided we would fight it. Motions were drafted, and we were about to begin – I (while on home confinement) – got a ‘work at home job’ which required Windows. So it came down to making money and surviving on home confinement, or fighting the law. We dropped it, I installed Windows, and they installed the software. I would have liked to see the outcome – but I just couldn’t afford it.

With all the dark stuff in the past what are you up to now days? I hear you have turned to the Apple App Store to diversify yourself?

Yes, I finished my undergrad degree in MIS (Penn State) and earned an MBA (Penn State). My first job out of school was as a C# developer. I got pretty good, left that job for another – doing much of the same – with more hardware work. And I decided to buy a MAC and learn Objective-C and play with the iOS SDK a little. After a while of that, along with a friend, we started an App Development Company, The Appflixion Group, and we have our 2nd app coming out Tuesday, February 12th. Our first app, Bust A Caption+, was our litmus test into developing mobile applications. It proved to be less of a hurdle than we expected, so our second app, Scholar Or Scumbag, is a more adventurous endeavor.

I would like to give you the opportunity to reach out to our generation of Torrent downloaders. Is there anything you would like to tell the readers about your overall experience?

It isn’t my place to be giving advice, nor do I think anyone will listen; however, I will say this: Take a moment to think about what you are doing. And ask yourself these questions: Am I ready if it goes downhill? Is saving a little money worth it?

I would like to again, thank Scott for sharing his personal experiences with us. He offers us a behind the scenes look into the life and possible repercussions of being involved with and downloading pirated material from the internet. To our readers, the next time you are going to click that download button, ask yourself, is it really worth it?

As always, please share your comments and feedback below.