Android is an open OS, so open that it can even run native iOS apps without a lot of trouble. A group of students from the Columbia University have developed a software that allows iOS apps to run on the Android OS. 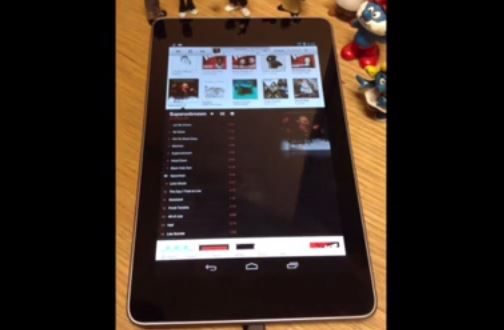 Known as ‘Cider’, the software basically makes the iOS apps believe that it’s running on an iOS device. Google’s Android OS has reached new heights in the recent years and there are plenty of apps in the Play Store. There are certain apps that only run on iOS, but with Cider, you can make them run on your Android device as well. So what exactly is Cider?

“Cider, an operating system compatibility architecture that can run applications built for different mobile ecosystems, iOS or Android, together on the same smartphone or tablet. Cider enhances the domestic operating system, Android, of a device with kernel-managed, per-thread personas to mimic the application binary interface of a foreign operating system, iOS, enabling it to run unmodiﬁed foreign binaries.”

In short, Cider runs both the domestic and foreign binaries on the same device, making the OS a mix of both iOS and Android. You can then run iOS apps just like Android apps, with all functionality. It has its caveats though, as the iOS apps don’t recognize hardware such as GPS, Camera, Cell Phone Radio, Bluetooth etc. This means that apps requiring any of this to function will not run.

iOS apps do face a noticeable lag as OpelEL isn’t implemented properly yet. The Cider project is a work-in-progress and the students will continue working on it to improve it. You can watch the demo video below, where a Nexus 7 is used to run iOS apps such as iBooks, Yelp, Stocks and more.

We aren’t sure if this software will be released to the public, but we hope it does see the daylight. Wouldn’t it be nice to run Infinity Blade on your Android device, once all the kinks with Cider are sorted out. You can read the full paper published by the students over here. What do you think of Cider? Let us know in the comments.