iOSLiveTv.com is a service that is supposed to offer live streams of TV channels for the United States, UK, Germany, France, Russia, as well as providing access to adult entertainment to anyone with an iOS device (possibly Android and others as well). It seems to be affiliated with the SuperTV plugins that offer a similar service for XBMC and Plex. The reality is the iOSLiveTV service doesn’t work very well. 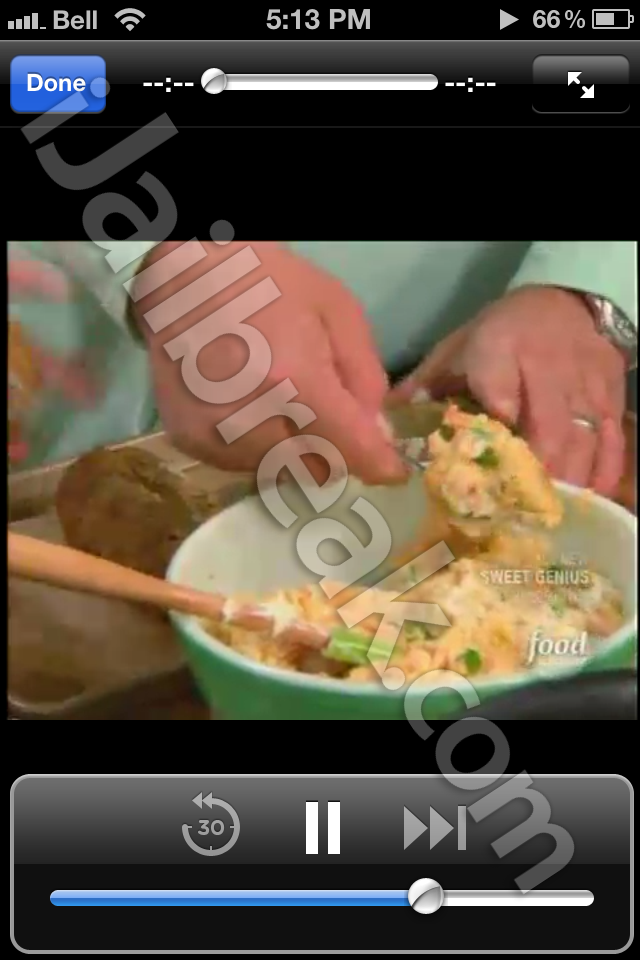 Before you arrest me for stealing the Food Network, I saw about 30 seconds of this single frame before I lost interest.

Most of the the American channels seem to either show a black screen, a single frame, or display choppy footage without sound, at the time of writing. Some of the channels outright do not work and instead display a broken play button.

None of the UK footage seemed to work for me either, although I was able to stream BBC footage with sound from the French section of the website (happily for this Anglophone, this stream was in English). Despite the working audio, the video suffered from visible artefacting and skips. Afterwards I was able to get the American channel Showtime Extreme to play with audio, but again the video was choppy.

As a denizen of the Internet, I love to blame my ISP for all my life’s problems. That said, my Internet connection’s not at fault here. I regularly stream Netflix from my house with no issue, sometimes from multiple devices. After I tried out iOSLiveTV I ran Speedtest.net’s app on my phone, which reported a download speed of 17.12 Mbps, the highest I’ve ever seen at my house (and considerably faster than Rogers promised us). 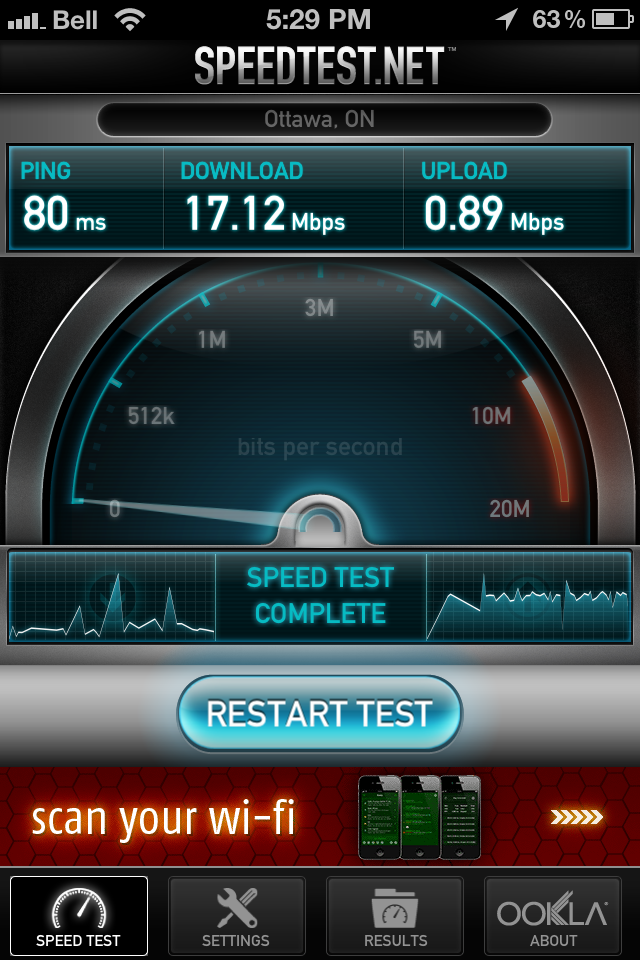 What’s your solution to watching media on mobile devices? I’m partial to Netflix and podcasts, myself. Let me know how you keep tabs on pop-culture in the comments section below.