If you are new to iPhone, you may not be able to handle iPhone 4 well because there are a lot of different things between phones from other brands and iPhones. Many people actually tried to use iPhone but they failed to adapt to this phone and they eventually gave up using it. The latest iPhone, which is iPhone 4, is found to have a lot of different kinds of problem and this makes people annoyed. Some people who dislike the brand of this phone would further criticize the quality of the phone and make people scared. However, if you could know the iPhone 4 problems found by people and the solutions provided by the company, you may not be so scared.

First of all, you must have heard about the poor antenna problem of this phone. This is also the most common iPhone 4 problem encountered by the others. Many people find that they fail to surf the internet smoothly and to talk on phone conveniently with the poor antenna. They found that the poor antenna designed by Apple is not good and they are not satisfied with that. As a result, this gives a reason for people to accuse Apple. In order to solve this problem, Steve Jobs and his team of experts worked hard to find the solution. Eventually, they offered several options for users of iPhone 4 to solve the problem. One of them is to change their gripping habit of the phone. They could change the gripping habit and the reception would be better.

How Can I Solve Death Grip?

Of course, if users of the phone want to solve the problem completely, they may try to get a free bumper provided by Apple and install it to the phone. With the bumper, people do not need to use their hands to directly touch the body of the phone so the antenna would not be affected. The waiting list is huge at the moment due to the high volume of iPhone 4 owners, so if you cannot wait a month or two you can buy iPhone 4 cases on sites like iPhoneCases4U.com, they have wide selections and they always look for the best price online. 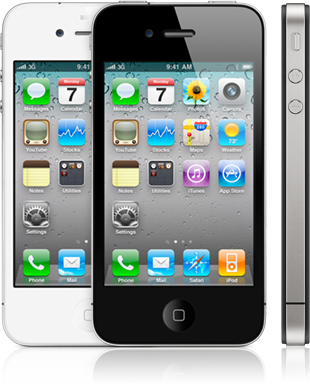 It explained that the problem was caused by the glue adhesive used by the factories to fix the glass screen to the body of the phone. And the factories did not leave the phone enough time to dry the glue so that there would be glue leaking from the screen and eventually created the problem. This problem could be solved naturally. According to Apple, the glue would eventually dry and the yellow tints would eventually disappear. Therefore, you may find that this problem is not actually terrifying.