In a little bit of a surprising move today, the jury have decided the outcome of the multi-billion dollar Apple vs Samsung patent trial of the century. It looks like the fruit company managed to convince the jury that Samsung did indeed infringe on its patents on most of their devices and thus Apple was indeed the clear victor here.

Samsung will now need to pay Apple over $1,000,000,000 in damages, and either seriously re-think their devices or pay Apple royalties to continue down the path they are going. In my opinion this is indeed how things should have faired. Apple spent a lot of time and money on researching and developing its products, and Samsung simply played the follower.

The only strange aspect to the jury’s verdict today was that Samsung’s tablets did not infringe on the iPad. If you remember correctly Apple actually had injunctions placed on the Samsung Galaxy Tab 10.1 before the trial even started, and if someone was going to put money on the outcome of the trial it would have been a no brainer to vouch the Korean company would lose when it came to iPad trade dress. The exact opposite happened however, and this is the only real area that Apple lost out on in this trial.

The New York Times has managed to obtain some statements from both companies on the outcome of the trial. The first statement we will start with is Apple’s, which comes from an unnamed spokeswomen.

We are grateful to the jury for their service and for investing the time to listen to our story and we were thrilled to be able to finally tell it. The mountain of evidence presented during the trial showed that Samsung’s copying went far deeper than even we knew. The lawsuits between Apple and Samsung were about much more than patents or money. They were about values. At Apple, we value originality and innovation and pour our lives into making the best products on earth. We make these products to delight our customers, not for our competitors to flagrantly copy. We applaud the court for finding Samsung’s behavior willful and for sending a loud and clear message that stealing isn’t right.

It is obvious that Apple was quite pleased at the jury’s verdict, and as mentioned in their statement this is a gigantic win that will help protect Apple’s innovations. Samsung on the other hand issued the following statement, which also brings up some harsh truths.

Today’s verdict should not be viewed as a win for Apple, but as a loss for the American consumer. It will lead to fewer choices, less innovation, and potentially higher prices. It is unfortunate that patent law can be manipulated to give one company a monopoly over rectangles with rounded corners, or technology that is being improved every day by Samsung and other companies. Consumers have the right to choices, and they know what they are buying when they purchase Samsung products. This is not the final word in this case or in battles being waged in courts and tribunals around the world, some of which have already rejected many of Apple’s claims. Samsung will continue to innovate and offer choices for the consumer.

Samsung indeed makes some good points, and evidently points to the fact that the consumer is the real loser here, not the Korean company. Perhaps the unsung victor in all of this however, is Microsoft! Yup, the Redmond company may gain some serious traction in the mobile industry from the outcome of this case due to their agreements with Apple that promises manufactures security from Apple patent infringement. 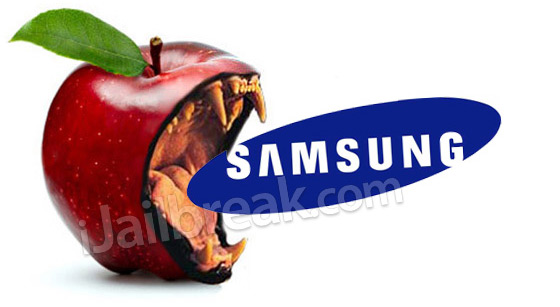 The next step in the Apple vs Samsung trial will be a hearing on injunctions based on the verdict. The Verge reports that Apple has until August 29th to file their requests, and Samsung must respond within two weeks. The actual next court date is set for September 20th where we will find out how many of Samsung’s products will be banned from the United States.

On a slightly humorous note, one thing that I don’t think people realize is there is a public-safety side to the final verdict of this case. As rectangle phones with rounded edges become banned, injuries related to pointy-edged technology will be on the rise.

As always we will keep you updated if more news surrounding the Apple vs Samsung trial emerge. Until that time please stay tuned and leave your thoughts in the comments section.