Apple has just released iOS 7 as expected and now there is nothing stopping you from getting your hands on Jony Ive’s take on how Apple’s mobile operating system should look. It is available to download for owners of the iPhone 4 and later, iPad 2 and later, iPad Mini and of course the 5th generation iPod Touch.

iOS 7 comes loaded with a whole bunch of new features that includes Control Center, AirDrop wireless file sharing, Ad-Supported iTunes Radio, Vimeo and Flickr integration, FaceTime Audio calls, iCloud Keychain and much more. There is also of course a ton of subtle new changes to familiar areas of iOS like the Notification Center, Multitasking Switcher, Siri and many other stock apps. 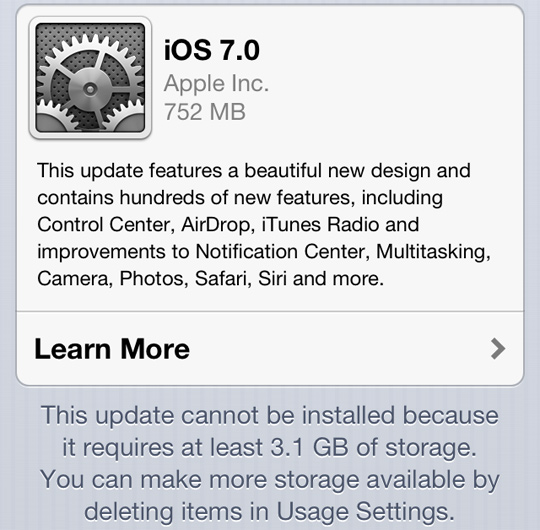 You can download iOS 7 Build 11A466 for your iPhone, iPod Touch or iPad using these direct download links.

If you would prefer to update to iOS 7 over-the-air (OTA) then simply go into Settings > General > Software Update an follow the on-screen instructions. Those that do not see the update will simply need to wait for it to be pushed to your area, Apple usually does a gradual push over the course of the day.

If you are Jailbroken make sure you read this. And if you are updating from a Jailbroken device ensure that you Restore to iOS 7 through iTunes, don’t just update or you will run into problems.

Update #1: Learn how to update to iOS 7 OTA or via iTunes by following our official how to guide.