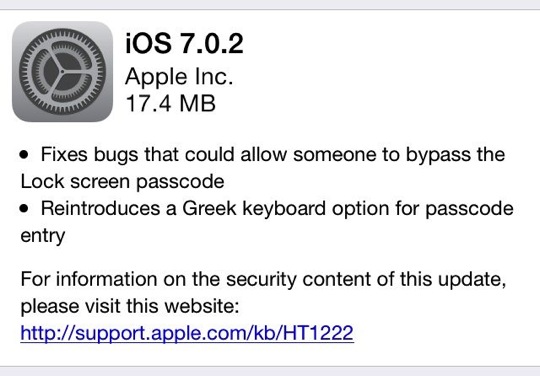 In order to update to iOS 7.0.2 on your iPhone, iPod Touch or iPad you can launch the Settings app, go into the General Section followed by Software Update. Alternatively you can download iOS 7.0.2 by clicking one of the direct download links shown below.

The update is roughly 20MB in size and a restart is required.

If you’re wondering why this update rings in at iOS 7.0.2 it is because Apple released iOS 7.0.1 to owners of the iPhone 5s to fix bugs with Touch ID upon its public availability.