If a report from Financial Times is to be believed, Apple might aquire the headphone maker and music streaming provider, Beats Electronics, for $3.2 billion. This report came out last week and has been the biggest topic for discussions on various websites. Several analysts have also chimed in and given their opinions on why Apple would want to acquire Beats Audio.

Beats Electronics was co-founded by Jimmy Lovine and Dr. Dre, both of them being music producers and Record label owners. They first kicked off Beats with the launch of Beats by Dre headphones and now they have their own music streaming service called Beats Music. Many analysts suggest that Beats Music could be the reason for this acquisition. This Apple-Beats hasn’t been confirmed yet, and it could also fall apart as both parties are yet to agree to certain details.

$3.2 billion is a lot of money, even by Apple standards, as the fruit company has never before spent so much on an acquisition. Beats Electronics, according to some analysts, is only valued at around $1 billion. The Beats Music service has about 110,000 subscribers, which is good for a service that’s been around for about 5 months. If the deal goes through, both Lovine and Dr Dre would hold senior positions at Apple advising Tim Cook and improving things related to music and headphones. 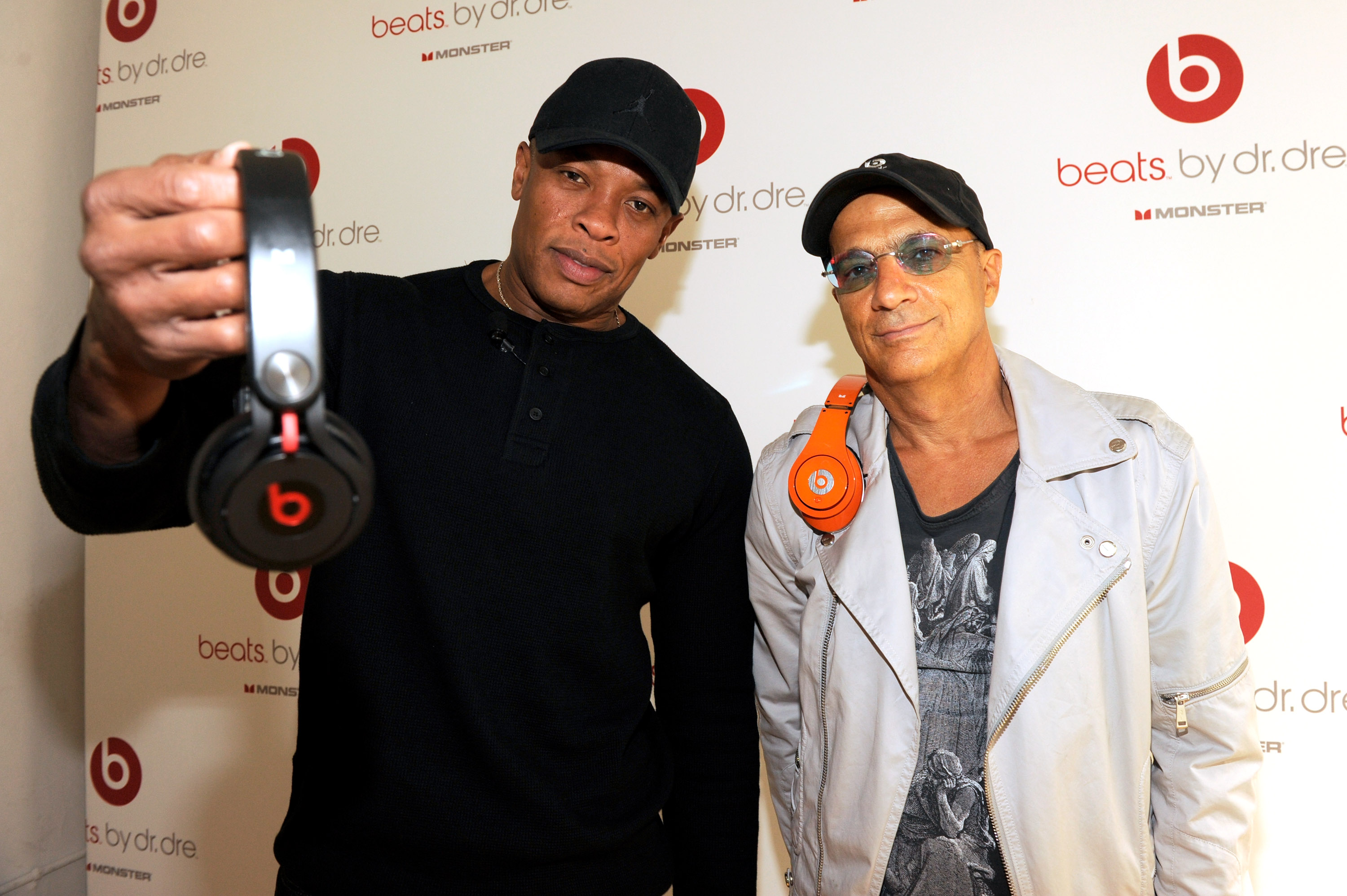 Apple’s iTunes business is declining, downloads have fallen 2 percent annually as people are starting to prefer music services. Recently launched iTunes Radio doesn’t allow a user to search for a song or create playlists, whereas services like Beats Music, Spotify etc do. If Apple is indeed acquiring Beats, it could be for the Beats Music service rather than redesigning the EarPods. Of course the company could also use Beats hardware to improve the sound quality off the EarPods and the iPhone.

The famed rapper and producer Dr. Dre kind of revealed the acquisition on video announcing himself as the Rap world’s first billionaire. Check out the video below, careful though, it’s NSFW:

Another reason why Apple might be interested in acquiring Beats could be the rumored iWatch. Apple could somehow use Beats music tech to make the iWatch more than just a fitness and iPhone companion product.

According to Financial Times, the deal could see the green light this week. We’ll have to wait and watch if Apple does make this acquisition and makes Dr Dre the first billionaire in the Rap scene.

What do you have to say about this? Is acquiring Beats a good move?

P.S: Sorry for the absence of articles on iJailbreak as I was out of station on very important work and had no access to internet.