Last Friday some people saw another great product launched by Apple, others were blown away by the advancements, and some others were totally disappointed. Now for those who were disappointed I am guessing it would be due to the lack of full Siri integration, or just a dual-core processor instead of the rumored quad-core A6?

While some people find them a big disappointment, look on the bright side. You have quad-core graphics in the new iPad, and Siri’s dictation ability as well. Not too bad for not having the full feature though. Probably the biggest thing about the new iPad is the new screen, and boy, let me tell you, I can’t sum it up properly. So enough of this bogus intro stuff, lets just dive right into it!

Apple has always been great with display technology and the new iPad is definitely proof that they still have it. The first thing you will notice, and probably the biggest ‘new’ feature of the third-generation iPad is the screen. The best adjective I can think of to describe the screen would be stupendous. It just blows me away how sharp and clear things are. Now while my TV is technically a “Retina display” as per Apple’s definition, something about this screen and the fact that it is so close and achieves this is remarkable. Images pop, colors are so much more vibrant, but you don’t want me to give you the PR low down on the display, so I won’t. Basically, the screen is everything, and this screen has everything. One annoyance I did notice was switching between Retina display optimized apps and ones that haven’t been updated yet. The non optimized apps do look a little fuzzy around the edges of the icon. So until all of your apps are updated to Retina display ones, they wont allow you to fully grasp how awesome this screen is. 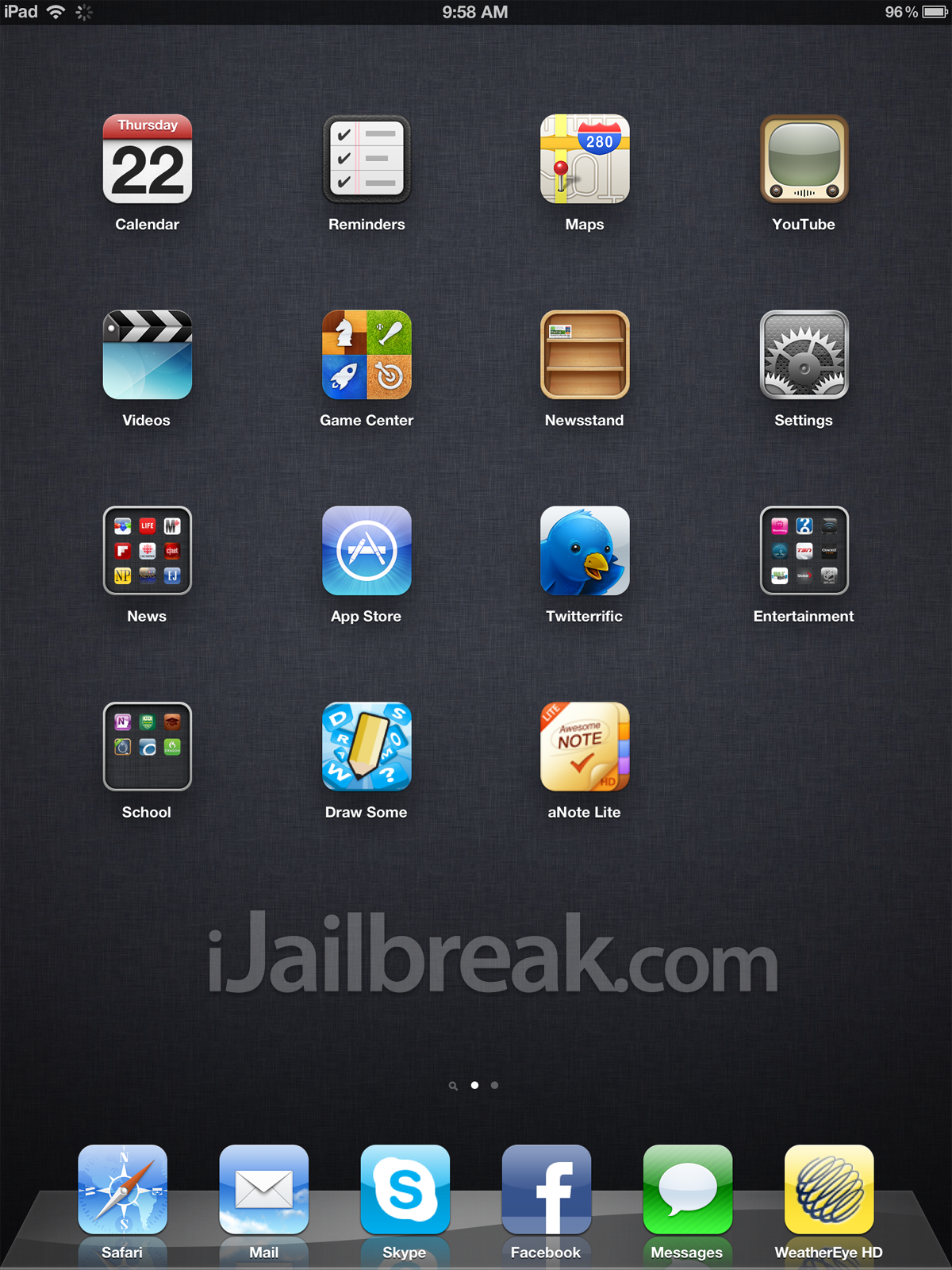 The iPad itself is slightly thicker, which honestly I never even noticed. The biggest thing I noticed was the weight. It is heavy when compared to the iPad 2. Obviously Apple has to pack more batteries in it increasing the weight, but I will say it is a noticeable difference. Other than that the physical appearance and traits are basically the same. Buttons feel the same, in the same location, nothing else to be said about them. I did try a couple iPad 2 cases I had lying around such as the Logitech Keyboard by ZAGG, and it fit the new iPad just fine. So if you have a favourite iPad 2 case, don’t worry, 99% chance it will fit fine. 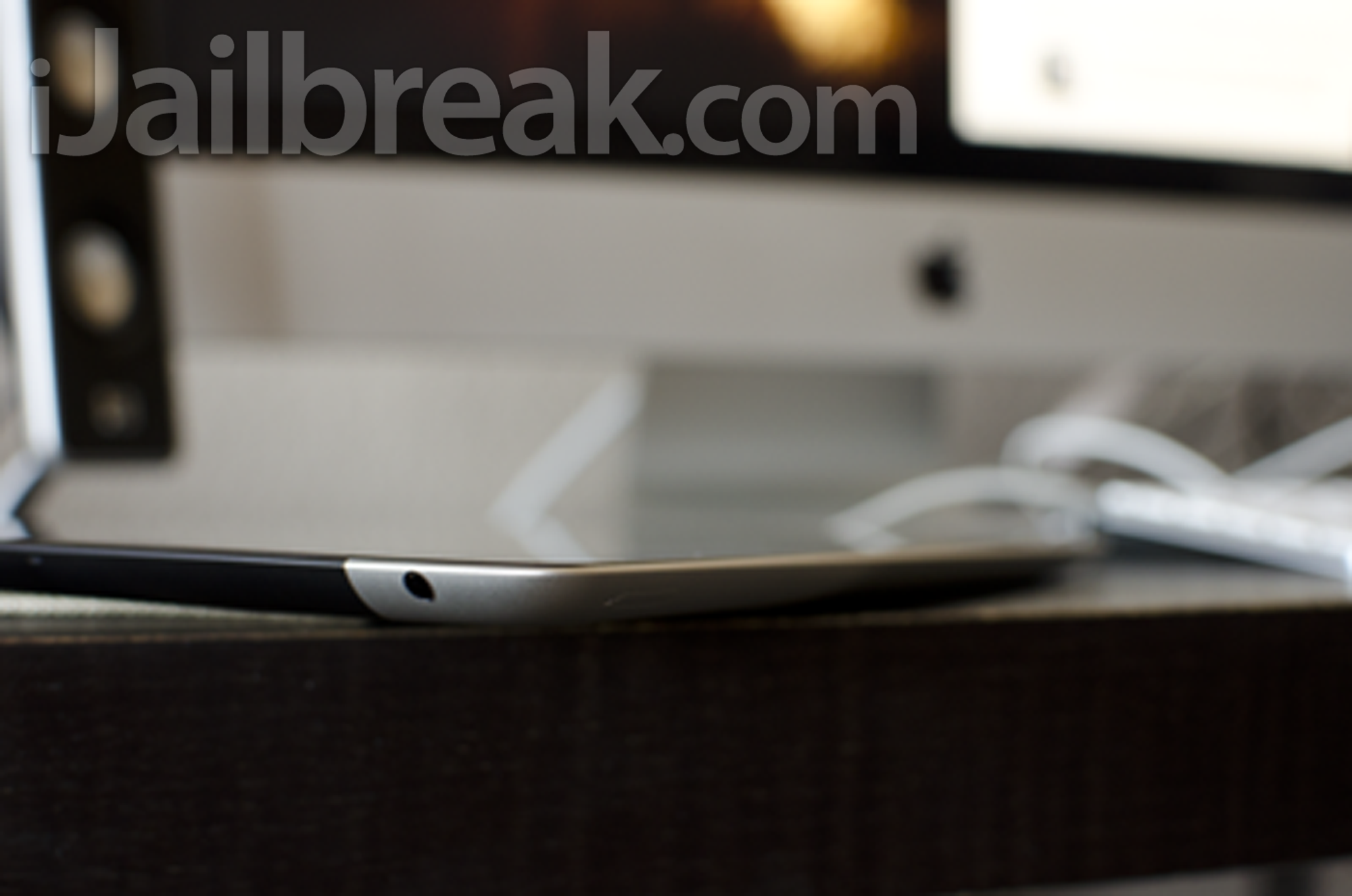 Now at the time of writing this, my LTE has not been activated yet (line-ups were worse than some iPad resellers) but as soon as I activate it, I will have a separate review of the speeds in my away and the usefulness of having the cellular connection at your disposal.

The upgrade camera on the rear is a noticeable upgrade, but I don’t see people using their big iPad as a mainstream photography camera in the near future. It is a real shame Apple did not do anything to the front-facing camera. We know they have the technology, and the know how to do it, just want to save something for the next update next year. 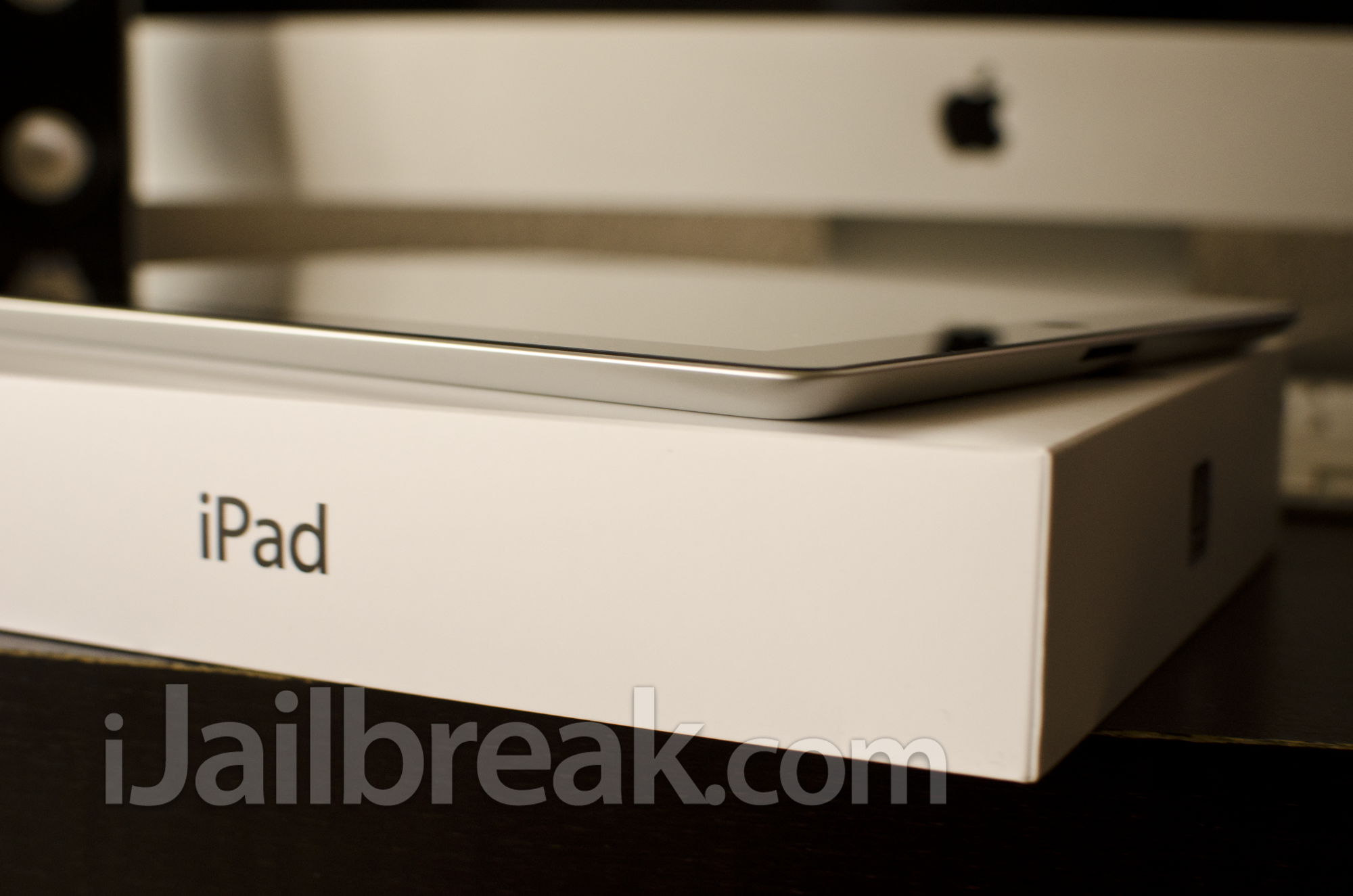 Playing a few games, I do notice that they do indeed run smoother on the new iPad with the A5X, which is what they should. Switching between programs, launching basic apps don’t really benefit as much from this added graphic processing power as games do.

The battery life on this new iPad is great! You do indeed get close to 10 hours of charge! However, I did notice that the back lower corner of the iPad gets unusually warm during use, and that charging the iPad does take some time. From completely empty to 100% battery charge, my iPad 64GB 4G took roughly 4 hours. Quite some time for an iOS device, but not that bad as you can go almost a full day with it before a charge will be needed.

One of the areas that some people were disappointed in is what Apple did with Siri on the new iPad. While we don’t have the full Siri experience which includes managing different aspects of the iOS such as text messaging, Internet, reminders, contacts and more, we do have Siri’s voice recognition abilities. Now I have been testing out the software, and overall it is ok. It will pick up the majority of what you say, however it is far from perfect. If you are a business owner or worker, I would not want to rely just on Siri dictation for your emails as they may get you in trouble as Siri has put in completely random words on occasion. 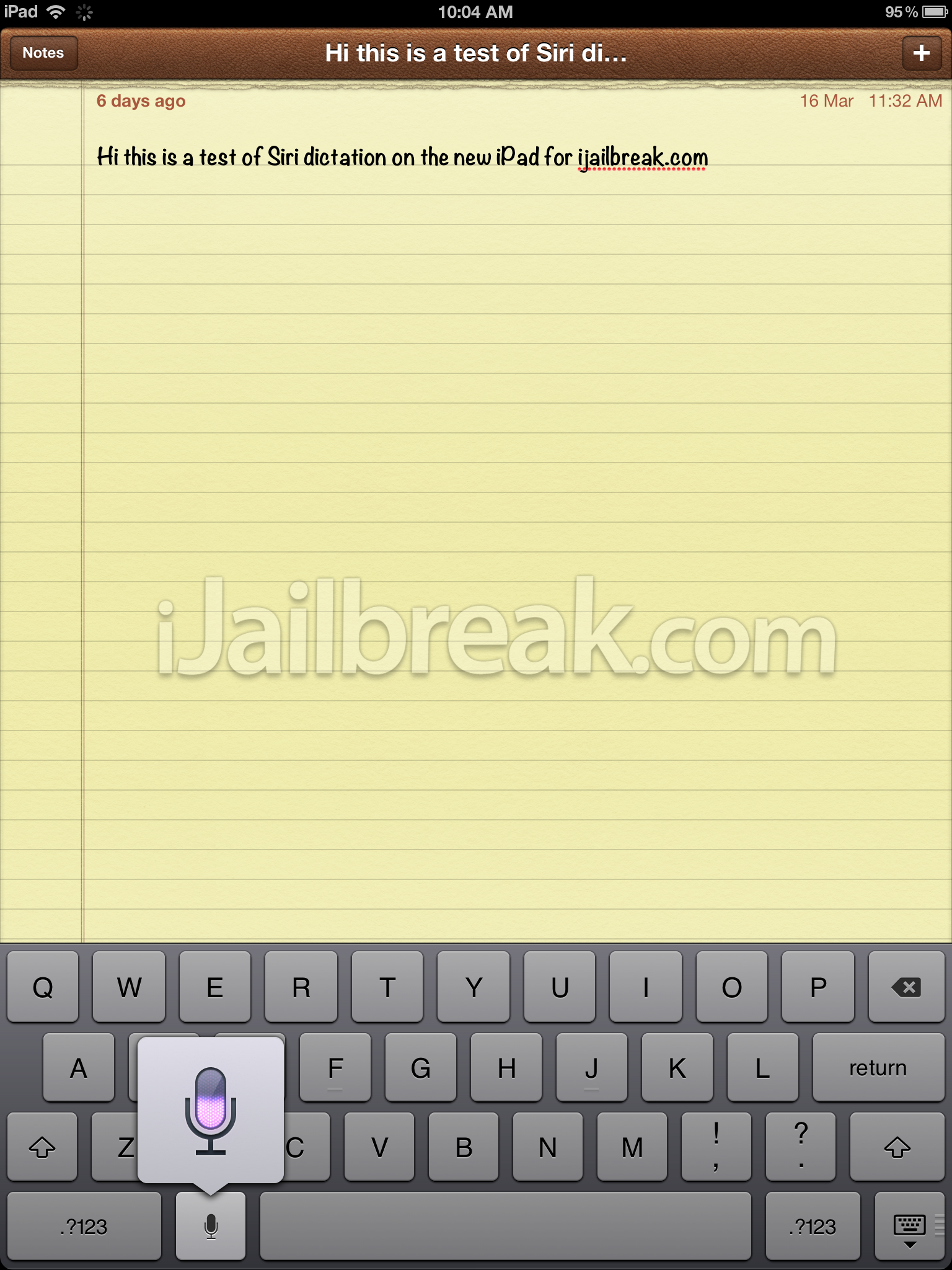 Overall the new iPad hits all the right stops. A mind blowing screen, which truly is something that you have to see to believe, access to wireless connection early anywhere, powerful enough to run beautiful games, all with enough charge to last the full day. Developers will love the new display and processor for the different details and things they can now do. While the improved display will increase the size of application on your iPad, the screen truly does make this a remarkable tablet. Even with its faults which include a horrible front-facing camera, still no expandable memory options, running a tad bit warm especially in the lower hand corner there isn’t too much negative I could say. 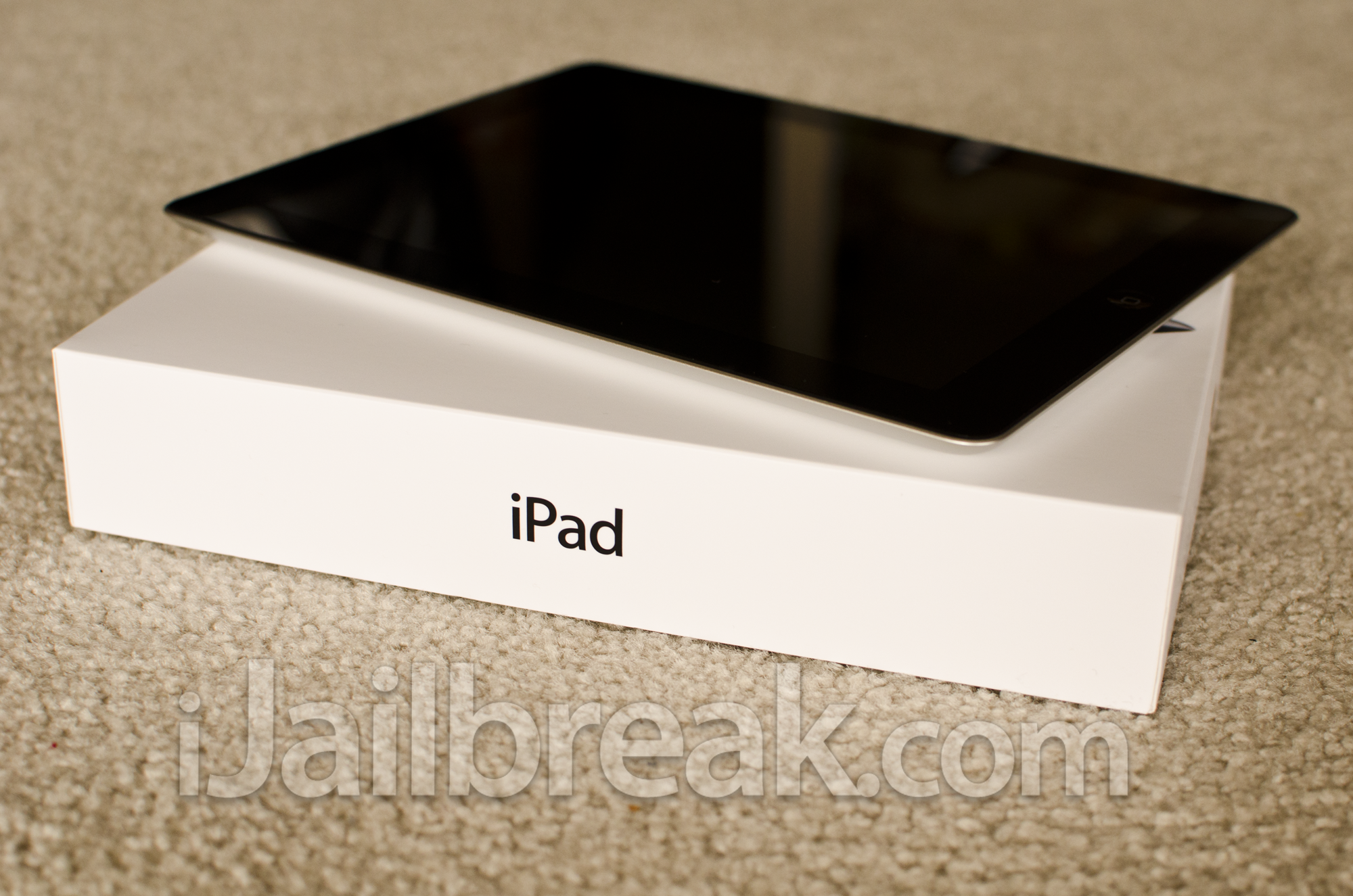