A team of developers have begun work on porting the Linux operating system to newer iDevices with an A4 chip. Meaning you will soon be able to run Linux and maybe even the Android operating system on your iPhone 4, iPod Touch 4G and iPad. In fact, one of the main developers has recently tweeted that they have actually gotten this Linux port to run on an iPad. 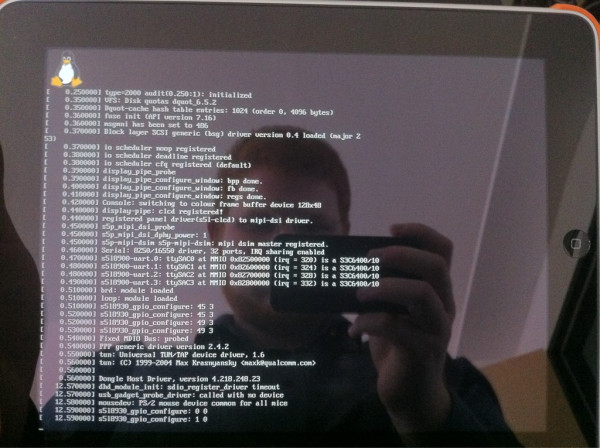 While you have been able to run a version of Android on the iPhone for some time it was restricted to older models such as the iPhone 3G. With this recent porting of the Linux operating system to newer A4 chip equipped iDevices, it means a whole new world off possibilities will unfold for newer iPhone, iPod Touch and iPad models.

We will keep you updated on the status of this porting of the Linux operating system to newer A4 chip equipped iDevices. Until that time please stay tuned.