You might be familiar with nito Installer on Mac OS X. Instead of messing around with text commands in a Terminal, the software makes it easy to install, upgrade, or remove XBMC on a jailbroken Apple TV 2. If you were interested in nito Installer, but didn’t have a computer running OS X on hand, you’re in luck–Kevin Bradley just released nito Installer for the iPhone, iPad, and iPod Touch. 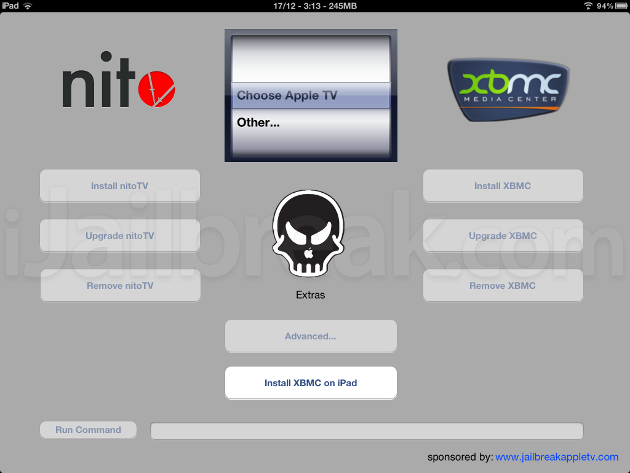 nito TV running on an iPad. Keep in mind that installing XMBC may take a few minutes, depending on your device.

But that’s not the big news: In addition to quick-installing XBMC to nearby Apple TVs, nito Installer can now install XBMC to your iPhone, iPad, or iPod Touch without setting up third party repositories in Cydia.

While it’s impressive that XBMC works on the iPad at all, the version bundled with nito Installer is far from a perfect port. Music from the iTunes library isn’t automatically imported, the display resolution on the iPad is locked at 1024 by 768, plugin-compatibility is spotty, the touch controls are often awkward and laggy. There are beta versions of XBMC 11 that at least bring full retina support to the iPad, in addition to support for HDMI out, but these features are not included in the installer. The main reason to have nito Installer handy is still for installing and updating XBMC.

Get used to seeing this notification. It’s going to pop up a lot.

nito Installer is a free app, which is available in the BigBoss repository on Cydia. There are no options in the Settings Menu, just launch nito Installer from the SpringBoard. 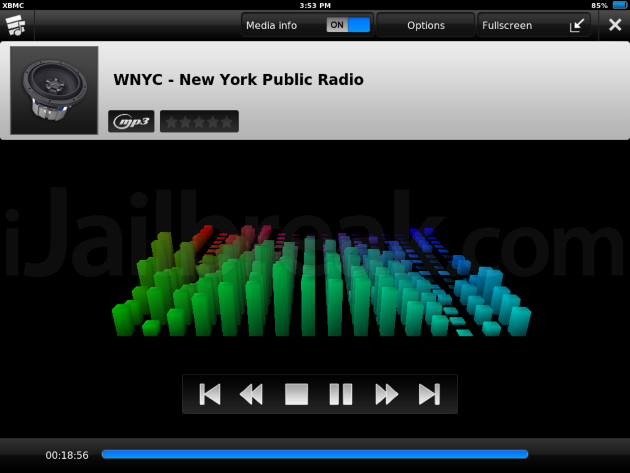 The interface is so clumsy, I think I accidentally stopped this one audio stream a dozen times.

Would you repurpose your old iPhone, iPad, or iPod Touch as a XBMC box? Share your thoughts in the comments section below.