Are you an iOS hacker, jailbreak developer, security researcher or really want a million dollars? Well, if you have a method to untethered jailbreak Apple’s latest iOS 9 with a browser-based exploit, then ZERODIUM will pay you $1 million for it! 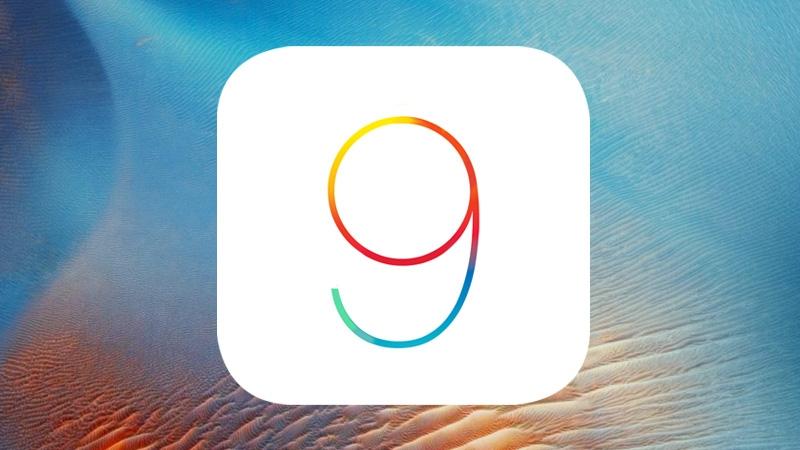 ZERODIUM is a private cybersecurity firm that does zero-day acquisitions and sells exploits to clients around the world. This company now wants security researchers, jailbreak developers and other hacker teams to find a browser-based exploit in iOS 9.

We know that an iOS 9 jailbreak is possible, but it’s definitely not a remote browser-based attack. iH8sn0w recently showed us that iOS 9 is jailbreakable, but not on the latest 64bit devices, such as the iPhone 5s and later. Zerodium wants a jailbreak that’ll work on any iOS device! Therefore, this is quite a challenge, which is why the company is giving such a big reward of $1 million. 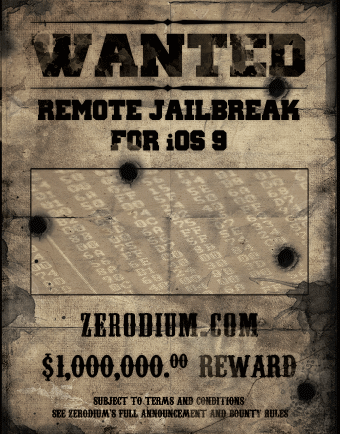 The company says that once you’ve submitted a working exploit/jailbreak, they’ll be the sole owners of the same.

The Million Dollar iOS 9 Bug Bounty is tailored for experienced security researchers, reverse engineers, and jailbreak developers, and is an offer made by ZERODIUM to pay out a total of three million U.S. dollars ($3,000,000.00) in rewards for iOS exploits/jailbreaks.

ZERODIUM will pay out one million U.S. dollars ($1,000,000.00) to each individual or team who creates and submits to ZERODIUM an exclusive, browser-based, and untethered jailbreak for the latest Apple iOS 9 operating system and devices.

Tools such as the TaiG jailbreak or Pangu jailbreak will not be eligible as those aren’t browser-based. Even if someone comes up with a method to perform such a jailbreak, we highly doubt it’ll be made public once the exploits are submitted to ZERODIUM.

It is also possible that Apple is secretly funding this bounty via this firm to stop hackers from releasing free public jailbreaks. Nevertheless, if you’re a jailbreak developer and you think you can crack iOS 9, then you should probably check out the Eligibility and Conditions of this bounty!

Bundling it into a free tool and releasing it to the public would also be nice!\