The Italian iOS blog iSpazio has recently had a chance to sit down and interview the well known hacker i0n1c (Stefan Esser). For those of you who have not heard of i0n1c before, he was responsible for an iOS 4.3.x Untethered Jailbreak. Recently he has also Jailbroken the iOS 5.1 and iOS 5.1.1 firmware Untethered, but will not be releasing anything to the public.

In this interview with i0n1c numerous things are discussed like his passion for hacking, Jailbreaking in general, iOS piracy issues and so much more. If you have some time, reading through the entire interview is definitely recommend! i0n1c makes some very true statements about the culture of the Jailbreaking community and in some cases makes some very eye opening statements. 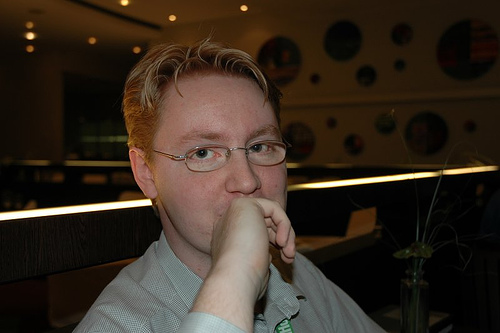 How did you acquire this passion for technology and when you started to hack something?

I had my computer when I was about eight years and I broke up a week later as I was about tweaking some settings that I should not change. My parents did not want to lose time in games, so instead I learned to program and I was very interested in working on low-level things. But I think I was sixteen when I started to realize how many beautiful things can be achieved by modifying the code of other people. I think I could inserirmi earlier in the game, but I never had any kind of Internet access and / or e-mail up to seventeen / eighteen years’.

Addressing the safety of IOS is how to deal with any matter of safety, with the difference that is much more challenging the safety or PHP web application that was my previous field of research. The other difference is that hacking the iPhone and search for materials for the jailbreak gets you in touch with the actual consumer, directly benefiting your business and this is very different from other fields safely. Most of the time you’re dealing only with applications developers do not like to see problems in their code, or administrators who need to upgrade to the latest version of a piece of software. I assume that there are many fields in the internal security of the consumer actually ever heard the name or nickname of a person involved in finding vulnerabilities or exploits that have written the same. Having done both experiences, I would prefer a developer angry that a “jailbreaker” angry.

We heard that you release the jailbreak iPhone OS 5.1 and iPhone OS 5.1.1 because, for many users, jailbreak means piracy: is there a way to lock it?

Whatever you have heard about why I’m releasing the jailbreak is very probably wrong. The “jailbreak community” tends to take random tweet and spread rumors and conspiracy theories around these. For example, I get a huge number of requests via email or twitter every day from people willing to pay to get the jailbreak because they heard that I sell. I never said I’d sold my jailbreak, I have only discussed the fact that, while developers do all the work for free there are a lot ‘of people who collect a lot of money with every new jailbreak:

I may have forgotten others who earn the jailbreak, but I think he made the idea. The people in the “jailbreak community” does not seem to understand that from my point of view, to spend months of work to perfect a jailbreak and then release it for free is a waste of time. And of course they get upset when I say this because they fear that pod2g to persuade him to use his time to something more important.

Speaking of piracy. I’m pretty sure it would be possible to make a jailbreak which would block the most common ways to install pirated applications on devices. But there is no way to prevent the pirates to prevent them from doing the reverse of the jailbreak and change: it may take him a little ‘, because all the jailbreak iPhone OS require low-level code in the kernel that can do all the dirty tricks but eventually find the way. Maybe not fast enough until Apple does not close the vulnerabilities and “kill” actually jailbreak. The game would not be worth the candle. Why should someone like pod2g MuscleNerd or spend days or weeks to write code like that, knowing it would last only a few days.

If users do today jailbreak only for purposes related to piracy, do you think there are still some who do it to have complete control of your iPhone?

Obviously there are people who perform the jailbreak because they want total control of your iPhone, the need to install the latest tweak in Cydia and other reasons. But each of these groups have too much self-esteem of himself. The vast majority of people always have things to jailbrekkato pirated or for unlocking your phone: anyone who denies this claim is delusional. When you look at people jailbroken iPhone, you’ll see that many apps installed on your device, and Apple is lucky if they have paid for each program.

And yes, there is also a group of people who claim to download the applications and then buy them because there is no other way to try before you buy. Personally I think Apple could solve this legitimate request by offering users the opportunity to do so.

For me it does not matter because the jailbreak is done, has no influence in my decision not to lose months of work to let people do what they want.

The May 8 came out about your book on hacking IOS: why did you feel the need to write this text?

Well, every time a field is developed and collect as much material for a specific topic, at some point, the logical consequence is to write a book.Of course nowadays you can find lots of information on the internet but these are often scattered throughout the network and sometimes, the important facts have not yet been made public. So the idea of ​​creating a book and collect all information at one point only allows someone new in this field to make their way more easily. So in the long term, this book will allow many people to get hacking IOS quickly. However, the iDevices are an easy target to attack and therefore require years of experience to “possess”.

The problem with the “jailbreak community” at this point is that they do not understand that, in the long run, this book could bring new people into the scene of the jailbreak and most people do not understand. They believe that Apple will help to stop the jailbreak or consider it an attempt to make money from this community. This type of response shows how little they understand what is going on: first of all, anyone who writes a book about a topic of technology will tell you the few gains made (especially not if there are six authors for a book) and the other false belief is that Apple uses a couple of silly elephants who work on the safety of IOS. In fact, people who work for Apple for safety in IOS are quite skilled and have better debugging tools that our community can never have.

The reason they do not close the loophole used by the jailbreak days after a reason is purely political in nature: it seems that Apple quickly closes the loopholes that jeopardize your safety. Other than that, keep these vulnerabilities open for a while ‘because each device sold, is a device sold.Looking at the “jailbreak community” can collect information about functions that customers might want, which in the long term could lead to an increase in their earnings. I do not think Apple is so worried about piracy because of jailbrekkati devices, because they know that there is a maximum of money you can squeeze out of a person.

What do you think about the iCommunity? Do you think that is populated with users from pirated or people who, for example, will often send threatening messages?

Pirates are everywhere and I’m not interested. If you lose sleep because of them, then good luck to your survival in this world.

I think the “jailbreak community” is suffering from something far worse: it is “contaminated” by leeches who do not consider other people’s work and the effort needed to create some things. Believe they have the right to take whatever you see, and if you do not get enough tears, or “owning” the developers of the iPhone jailbreak and unlock for that they should produce in all eternity or wordlessly. You realize how delusional people are like that when you get messages such as: “Without us you are nothing, we follow you on Twitter and we’ve made it famous,” and then there are messages like, ‘Take him to follow a lesson. ”

Every time I see these posts I hope for mankind that these people are not convinced of what they say. People do not become famous because it has thousands of followers on Twitter, but it’s the other way: that is, are those people to have created something that the masses have enjoyed and gained followers. It’s up to you whether you consider yourself famous because few people know your name. I do not think it can be considered a famous until you come recognized on the street and you have to hide from the paparazzi. In any case, the amount of Twitter followers is only a concern to me, because it is directly linked to the number of people who have to manually lock.

How you deal with these people every day? That is, not everyone can tolerate such a situation for long. For example, I remember that because of this, held his geohot jailbreak iPhone OS 4.X From Twitter see at least some of your supporters for your hard work?

I do not think it has anything to do with “bear such a situation” at the beginning come irritated and can not believe the amount of anger and demands from the people but once it goes beyond the initial shock, just keep doing what want. I can understand when he held geohot jailbreak iPhone OS 4.X due to these people, because they get this type of reaction is a warning that I reallizare they are not worthy of your work, issued free of charge. In any case geohot and the Chronic Dev Team are / were also collecting donations, so they got enough to go ahead.

I also think part of this whole thing is caused by some of the jailbreak developers who write post where he said it was their intention to work day and night to release the new “change” to users. This blatant lie is the kind of statement that the crowd would love it, when in fact the work is done when there is time and mood to do it. Either way, tell people the truth will only create antipathy toward you and most likely, this would amount to less donations.

We finished with the interview! Thanks for your time: you please say something to our users?

Oh I think I said everything I wanted to say for now: I’ll wait to be inundated by the next wave of criticism.

If you managed to get through the entire interview let us know your thoughts in the comments section below.