It is no doubt the new 1080p Apple TV 3G has pleased those searching for a full HD media streaming solution from Apple. The only individuals who are not as pleased with the Apple TV 3G are those who thought a Jailbreak would follow shortly after its release. With Pod2G releasing the iOS 5.1.1 Untethered Jailbreak, again I think a lot of people were disappointed there was no support for the Apple TV 3G. The reason why an Apple TV 3G Jailbreak has not been released however, is simply because the surface area to exploit on the Apple TV 3G is so small.

Both the FireCore Dev-Team and other hackers in the Jailbreaking community have mentioned not to give up hope as there is ongoing progress being made. Although there is no ETA (estimated time of arrival) for the Apple TV 3G Jailbreak at least you have the peace of mind that something is being actively worked on.

Recently, hacker @NitoTV has been tweeting about a hoax currently fooling people into thinking the 1080p Apple TV 3G Jailbreak has been released. He has not provided a link to the hoax, but apparently the individuals behind it have copied an official Seas0nPass post and has reworded to make it sounds like Seas0nPass has been released for the Apple TV 3G. 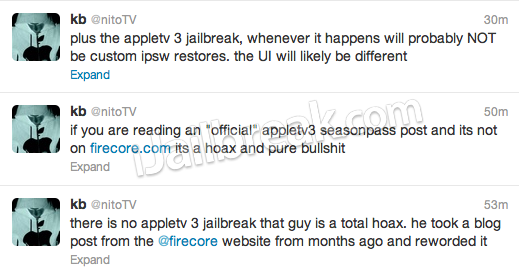 As always, if anything, this is a good reminder not to trust information from a 3rd party source you have never heard of before. Make sure that you get your news from the official developers (in this case FireCore) or from a reliable news outlet such as ourselves. 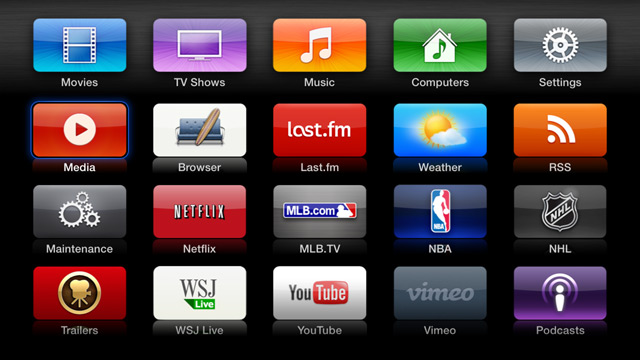