The Blob Monster has been sent out by Apple and they want their SHSH blobs back. In other words, Apple has disabled the ability for users to save their SHSH blobs in the iOS 5 firmware generation. Meaning users will no longer have a quick and easy way of downgrading their firmware to a lower version, even while using tools such as TinyUmbrella. A significant move made by Apple that shows just how much they are trying to thwart Jailbreaking (and it also dovetails with certain technical requirements of their upcoming OTA “delta” updates).

The Dev-Team have wrote a fairly in-depth article on the issue on their blog and if you feel like reading through all the nitty-gritty details you can do so by clicking here.

The gist of the situation, however, is the method previously used to save SHSH blobs will no longer function on the iOS 5 firmware. This is because Apple has changed the role that APTickets play on your iDevice (APTickets are the main component used in saving SHSH blobs). 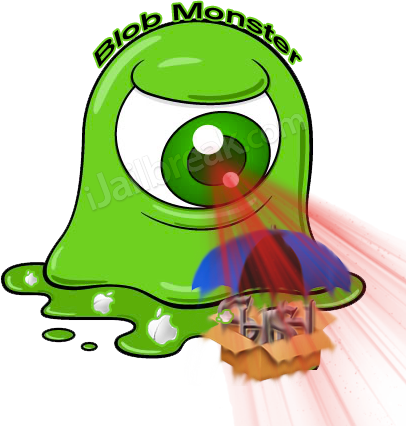 The Dev-Team have noted that you will still be able to downgrade to pre-iOS 5 firmwares with saved SHSH blobs, but soon you will eventually need an older version of iTunes in order to do this. The Dev-Team have also made it clear that there may be a ways to combat this move by Apple, however, the beta period is not the time or place to discuss them.

Let us know what you think about Apple unleashing the Blob Monster in the comments section below.