Saurik a.k.a Jay Freeman, has released an update for the popular WinterBoard tweak, giving it iOS 8 support and some other improvements. WinterBoard is basically used to change the appearance, like themes, of your iOS device. 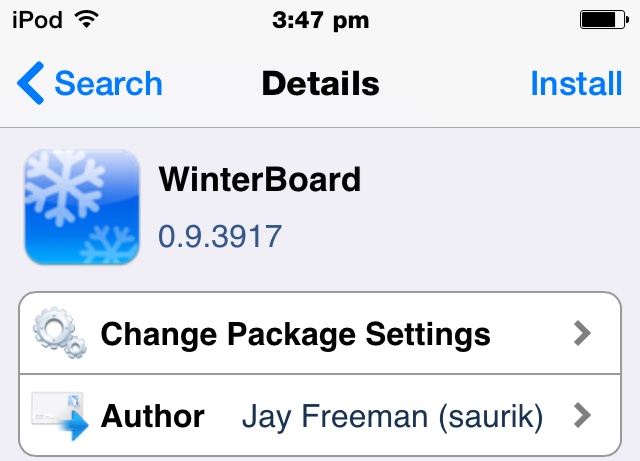 WinterBoard version 0.9.3917 brings iOS 8 support, which means you can now safely theme your new iPhone 6 or 6 Plus and all iOS devices that can run iOS 8. As of this version, WinterBoard is no longer a standalone app that is usually found on the Homescreen. You will need to go to Settings>WinterBoard to apply any changes to your device UI.

Here’s the complete changelog including bug fixes for version 0.9.3917:

You can download WinterBoard from Cydia for free. Try it out and let us know if it works fine on your iOS 8 device. Not all themes will work properly, they’ll have to be updated by the developers, so don’t panic if your iOS device goes into SafeMode. Just remove the theme and it should be back to normal.