We have reported on the Whited00r project numerous times in the past and today we are excited to report that it has been updated to bring about iOS 6 functionality. If you have never heard of the Whited00r project, it is essentially a pre-Jailbroken custom firmware based on 3.1.2 , that enables some of the new functionality present in Apple’s latest firmware versions; in this case iOS 6. As the 3.1.2 firmware runs better on older devices like the iPhone 2G, iPhone 3G, iPod Touch 1G, iPod Touch 2G (MB model only) versus the 4.1.2 firmware, it definitely has its benefits over running a stock firmware version.

You can take a look at some of the new features Whited00r 6 brings about below.

Whited00r not only includes all of this functionality, but has been specifically built around speed. You will notice some big improvements to the overall performance of your iPhone or iPod Touch with Whited00r 6 installed. I actually installed Whited00r 6 on my iPod Touch 2G and you can take a look at some screen shots below. 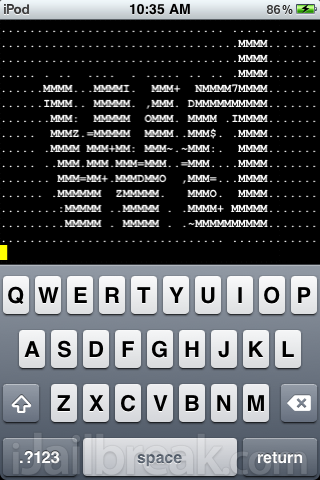 Overall I was impressed with Whited00r 6. I have used previous versions of Whited00r in the past and was disappointed by how sluggish and unresponsive it was. These problems have indeed been addressed however, and it works flawlessly. Some things that I was disappointed with was certain functionality not being present such as Voice Control, Folders and Multitasking. I am not sure whether these features have been disabled on the iPod Touch or if I installed a corrupt version of the firmware, but they were not present for me. The Reminders app was also a disappointed and did not work for me, it looks to me as if it is just a barebones UI right now.

Hopefully these issues will be addressed in the future, but in the mean time you can download Whited00r 6 using the mirrors below or from the iJailbreak Downloads Section. The normal version for iPhone is for those of you who do not rely on an unlock (meaning you stuck with the carrier you originally signed a contract for). If your iPhone is unlocked then you will obviously want to download the Unlocked version.

You can learn how to install Whited00r 6 on your iPhone or iPod Touch by following our official How To guide. Let us know what you think of Whited00r 6 in the comments section below.