Playing the game is extremely simple; you use your iDevice’s accelerometer to move your paddle, and tap the screen to launch the ball. The tweak keeps track of your high score and everything is kept inside your SpringBoard. You can take a better look at the tweak in the screenshots below: 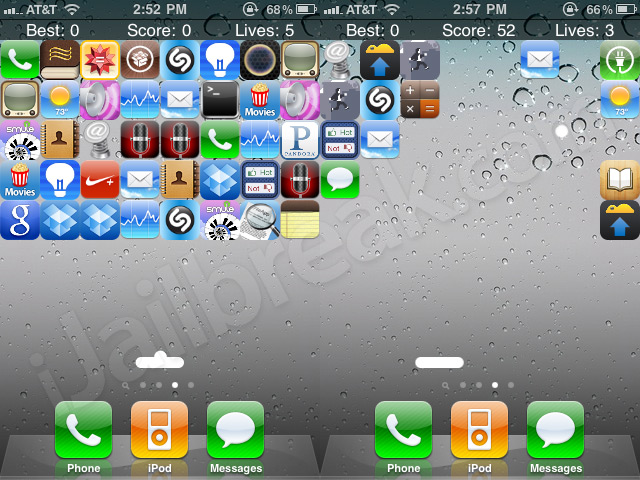 If you are interested in SpringBlock Breaker it is available through the Cydia Store for a price of $0.98.

Thanks to a new jailbreak tweak that was recently released into Cydia called TryGPSOut. It is now possible to transmit the iPhone’s GPS data to another iPod Touch or iPad through Bluetooth. 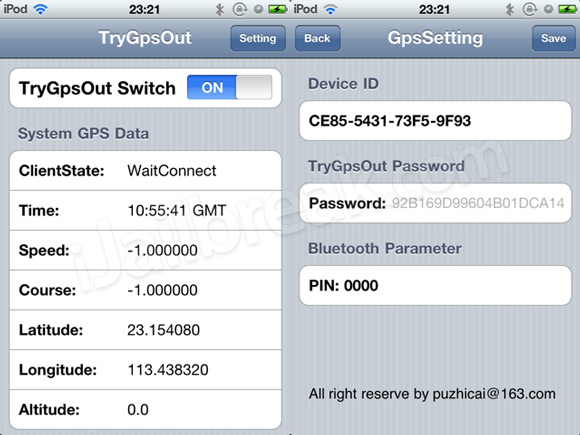 If you are interested in the TryGPSout jailbreak tweak you can find it through the Cydia Store for a price of $1.00. 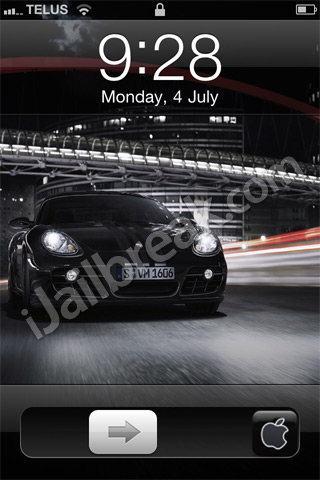 If you are interested in the SuperSlider tweak you can find it through Cydia for free.

With the new tweak ArrangeStatusBar you can have the freedom to customize your iDevice’s statusbar. Meaning you have the freedom to drag statusbar elements like your carrier, clock or battery to various locations on your statusbar. Once you arrange these statusbar elements to your liking you can lock them in place through the Settings.app. Additionally if you get tired of your custom statusbar layout you can reset your statusbar to it’s default layout from the Settings.app.

If you are interested in taking greater control of your statusbar you can find the ArrangeStatusBar tweak in Cydia for free.