Alternatively you can also capture video footage while in the camera.app, however you will need to start recording the video prior to putting your iDevice into sleep mode. 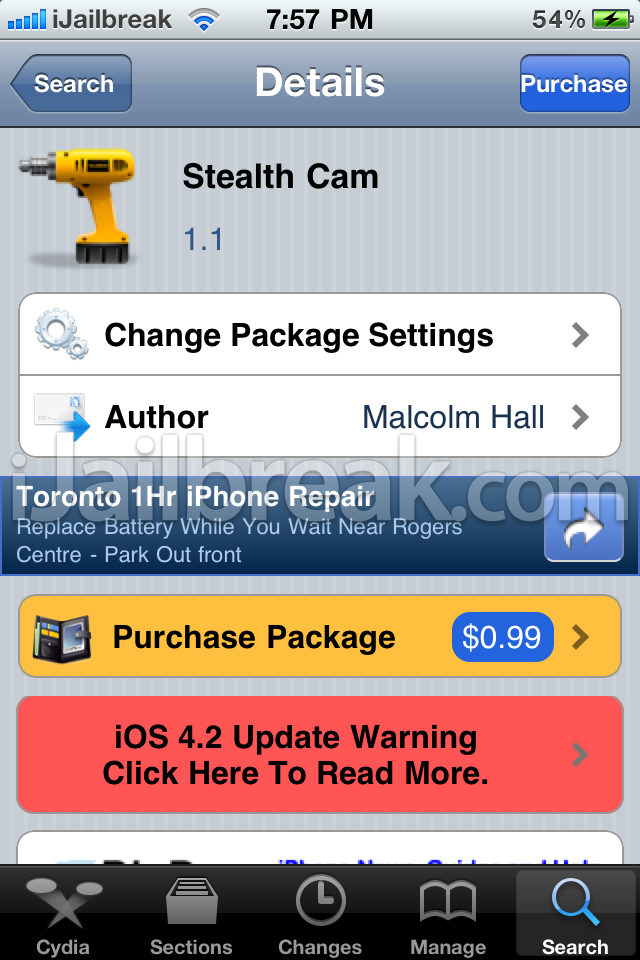 As you can see, while StealthCam may be a controversial tweak, it can open your iDevice to a lot of useful functionality. If you are interested in the stealthcam tweak, it is available in the Cydia Store for a price of $0.99!