Let’s say you hear a song on the radio, or in your favorite movie, and you want that song as your iPhone’s ringtone. ShazamTones is a Cydia tweak for Shazam which hooks the service into UnlimTones. With ShazamTones installed, you can identify music normally with Shazam and the tweak puts a button for UnlimTones beside the Download On iTunes link. 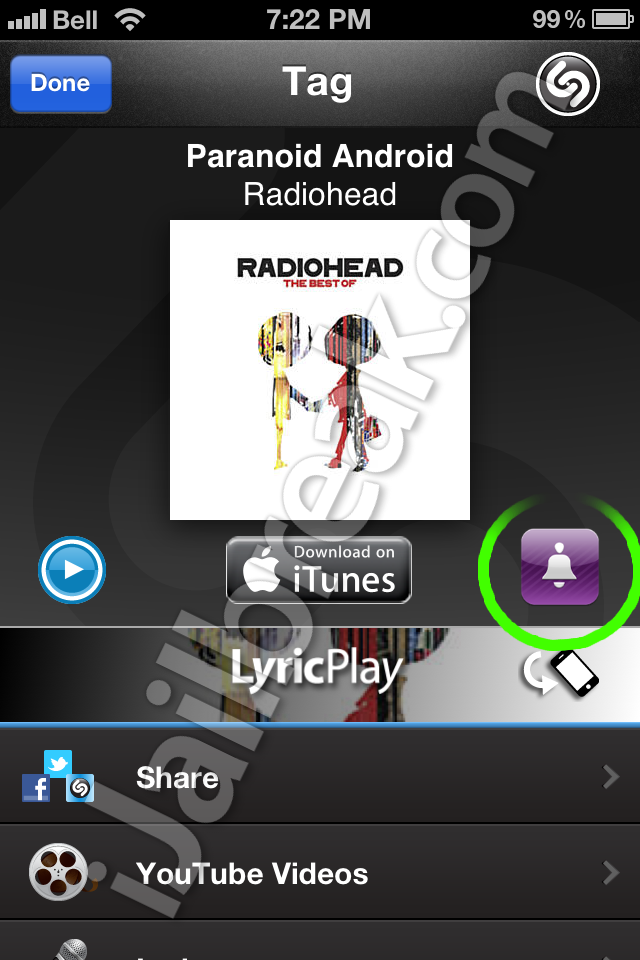 I don’t normally use Shazam, so the first thing I tried to do with ShazamTones was fire up Soundhound. I didn’t remember offhand whether Soundhound was better than Shazam or vice-versa, but Soundhound was able to detect my first choice of song (Feedback in the Feild by Plants and Animals) when Shazam wasn’t. While Soundhound plays nicely with Canadian Indie-rock, it’s not supported by ShazamTones.

Shazam worked as expected when I cued up Radiohead, and the button brought me to a search of Paranoid Android on UnlimTones. From there I would have been able to download various 30-second clips of the song. Everything seems to work as expected; the only hiccup I noticed was on the part of Shazam. It’d be awesome if the author of ShazamTones could include Soundhound support, but as it is ShazamTones does what it promises. 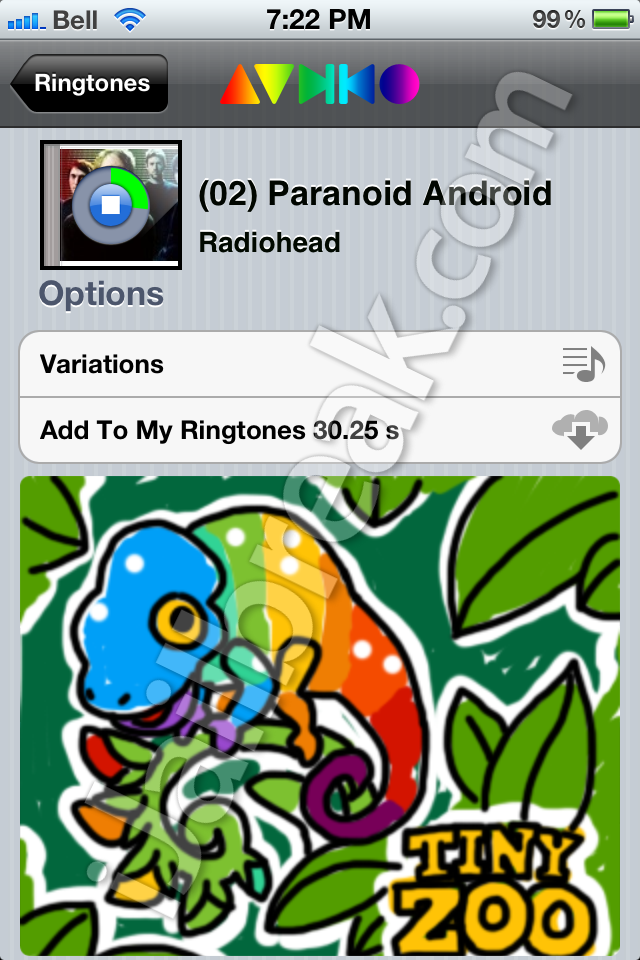 ShazamTones is available in the BigBoss repository on Cydia, it supports any version of the Shazam app, and will install UnlimiTones if you don’t already have it. ShazamTones is a FREE download.

Let us know if you prefer Soundhound to Shazam in the comments section below.