Ever since the release of Cydia 1.1.19, several new made-for-Cydia tweaks have started to show up. This is probably one of the very first tweak made for Cydia and it lets you share a tweaks information with others. 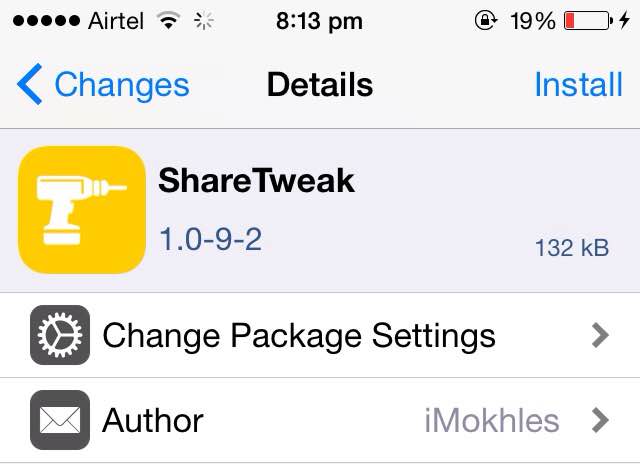 ShareTweak is, well, a new tweak that lets you share a Cydia tweaks information with other jailbroken users via iOS’ built-in share menu.

Saurik made a huge change to how Cydia works when he released version 1.1.19.

The jailbreak tweak/theme store no longer runs as root, which means that tweaks can be applied to Cydia as well.

After installing ShareTweak, a Share button will appear on the upper right corner in a tweaks page. The button also includes Remove and Install options in the menu.

If you want to try out ShareTweak, it’s available for free on Cydia.