Let’s get one thing straight, the last few days things have become dramatic in the tech scene. First the Apple VS Samsung trial of the century was off to a rough start, with Apple looking to sanction Samsung the first day the trial even began. Then lets not forget the ordeal that I came across with P0sixninja selling a possible iOS 6 Untethered exploit for all iOS devices including the iPhone 5 and 1080p Apple TV 3G to a programmer who works for Apple. 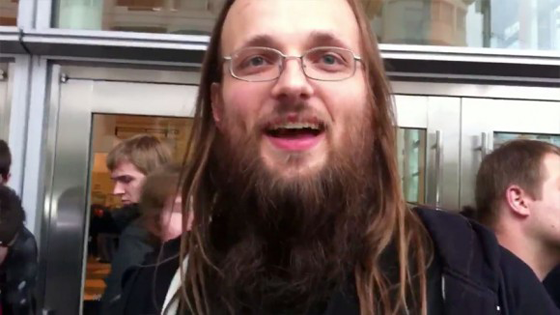 Now some more drama has sparked on ModMyi‘s featured themes section between an individual, complaining against the lack of support with Cydia and various other things, and Saurik (Jay Freeman) – the creator of Cydia himself. The first thing this individual brought up was how Saurik must be a millionaire based off his 30% cut off Cydia package sales, and this was Saurik’s response.

100% – 70% (developer) – 7.5% (PayPal) – 7.5% (EU VAT) is nowhere near 30%. Cydia also bears a greater cost than I thought it would for outgoing payments (as almost every developer makes no money, so the PayPal fees end up being really expensive every two weeks to send “almost no money” to thousands of people), and if you subtract bandwidth and servers and the two employees SaurikIT does have, you are left with quite little; what is left is spent back on the community, including bandwidth for non-Cydia things such as jailbreaks/TinyUmbrella, sponsorships of open conferences, etc. That TSS/SHSH server I run that people love so much alone costs many thousands of dollars a month.

As you have probably already figured out Saurik makes about 15% off all Cydia package sales when you minus various fees. Then off this 15% Saurik invests most of it back into his business. A large portion of it going directly to hosting expenses and paying two employees. Saurik then goes on to further elaborate how he is certainly not a millionaire, and also talks about his acquisition of the Rock Your iPhone app store back in 2010.

Stores like this really do not make much money… you can claim it all you want, and you can be pissed about it all you want, but it doesn’t change the facts: Apple pretty much breaks even on the App Store (public earning reports, statements in press conferences), the Android Market loses money (analysis by a judge in a lawsuit based on internal accounting documents), and other random stores you see (including Cydia) are lifestyle businesses at best and pits of despair and debt at their worst (anecdotal statements and evidence from developers of alternative Android markets I meet at conferences). For me, this all honestly takes up much more mental time and pain for sufficiently little money that if I didn’t feel this community was important I’d be stupid for continuing to subject myself to rants like yours.

You have to understand that the most popular applications in the ecosystem are from Intelliborn, and I only get 1% of their earnings due the Rock deal… which, if you remember, is a deal where I paid $1 and did not actually get any real control of Rock (in fact, I specifically told them they could continue distributing and hosting the app itself, and they declined). As Mario (owner of Rock Your Phone) said to the Washington Post (in the same article where these terms were published): “I saw an exit strategy and I wanted to focus on developing [apps]”. 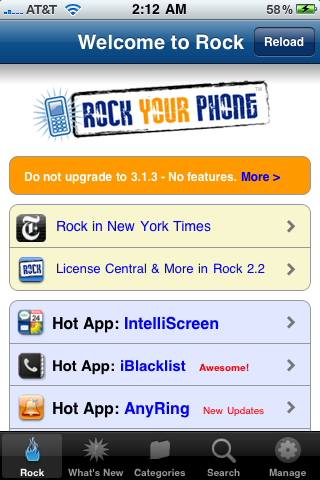 For those reading this article to find out what ever happened to Cydia for Mac, here is Saurik’s comments about that. Don’t forget about the HackStore however, if you are looking for unofficial Mac OS X “tweaks”.

I’ve apologized a million tons about this, in every single possible forum I could imagine (and some in which I never would have thought it could come up), and am apparently going to be hearing about this until the day I die… I bet “where is Cydia for Mac (you *******)” is going to be chiseled into my tombstone. :( I am truly truly sorry. If it makes you feel any better, I have learned a serious lesson from this, and I no longer even tell people what I’m working on, lest I get held to it.

As I have stated on numerous other occasions: I got almost universally negative feedback from it when I announced it, including entire articles online calling me stupid for even having suggested it. I seriously left a conference early feeling like I had been half-laughed off of the stage for even suggesting the idea (yes: that’s definitely an overstatement of reality, but I kind of felt that way at the time). It wasn’t until half a year later (when Lion was released) that any reasonable number of people decided to say “maybe saurik isn’t so stupid after all”.

Meanwhile, the real goal was “Substrate for Mac”, and when I started getting more testers I discovered that it didn’t really work and likely wasn’t going to work without a lot of serious effort. Contrary to then what you will likely claim: I then actually put in a lot of serious effort, but in the meantime Lion came out and actually made the problem a lot harder with its sandboxes. Remember: unlike on iOS, there isn’t a “patch your kernel with a jailbreak” step. Regardless, I pushed on some more, and even got some other people in the community to help come up with ideas of how to solve this, but it simply has never worked that well. 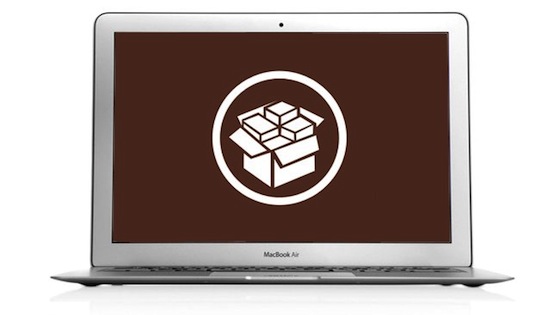 For those of you who found this information interesting you can head on over the ModMyi form post (linked above) and also read about Saurik’s insight into topics like Winterboard and Dreamboard. I think that main thing to take away from this would be to understand Saurik is by no means making millions of Cydia, and therefore has no obligation to constantly improve Cydia or any other Jailbroken extensions he has developed for that matter. Certain individuals in the Jailbreaking community need to realize that Saurik could easily explore other areas in life where more money is to be made, but instead he has chosen to stick to making sure Jailbreaking is preserved.