BiteSMS 7.1 was recently released, which added support for iOS 6. The developers behind BiteSMS also updated its sister app, Quick Reply for WhatsApp. Quick Reply for WhatsApp is just like the QuickReply window for BiteSMS, aside from replying through WhatsApp instead of iMessage or SMS. (Landscape mode, Quick Compose, and multimedia attachments are currently on the ToDo list.) 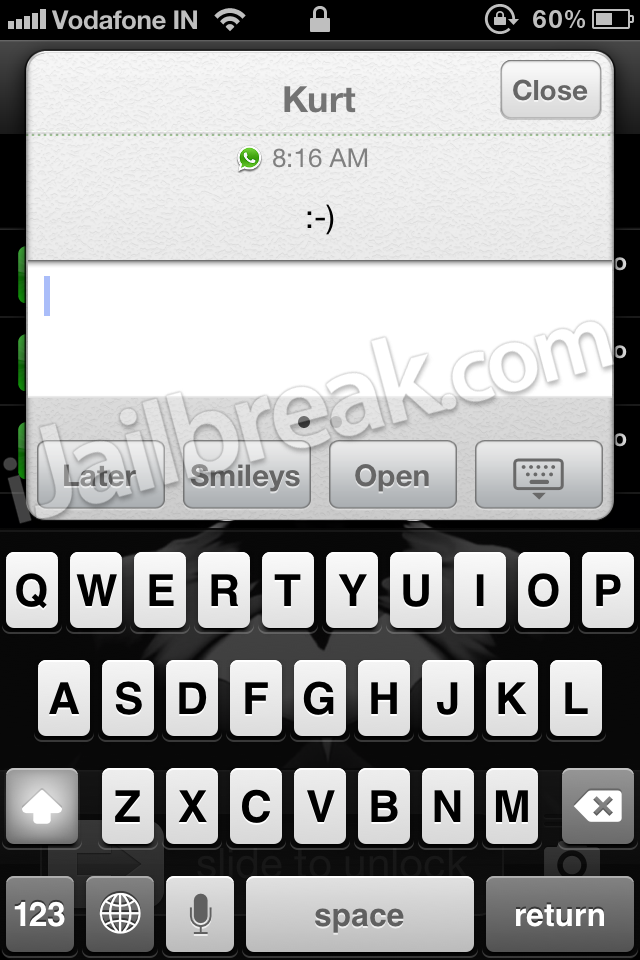 Screenshot from our initial overview in June, the bulk of the updates since have been bug fixes.

While it’s nice to be able to use your favorite tweaks in iOS 6–especially for those of you with A4 devices who have access to the tethered jailbreak–according to the developes version 2.0 introduced a bug in iOS 5. The bug supposedly causes other apps to shrink of the screen.

An update has already been pushed through the beta repository, which can be accessed by adding to your Cydia sources. We will likely see an update for the tweak’s listing in the BigBoss repository in the next couple of days. If you are already using Quick Reply for WhatsApp version 1.5 in iOS 5, there’s no reason to update. Just be glad there will be a working version of this tweak when a jailbreak comes along. 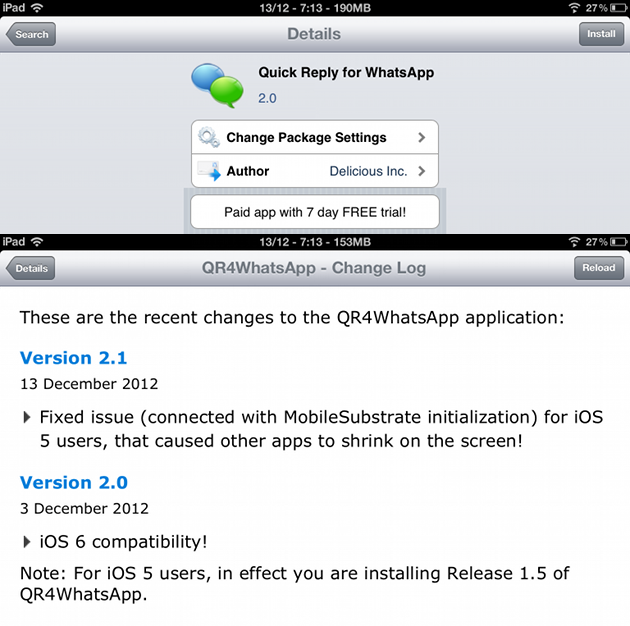 Although Version 2.1 appears in the change log, it has not been updated on Cydia at the time of writing.

Licences for Quick Reply for WhatsApp sell for $1.99 for a one year liscence, though it also comes with a free trial, so you can test the tweak out for a week before you buy.

Would you like to see WhatsApp for Messenger gain full BiteSMS support? Share your thoughts in the comments section below.